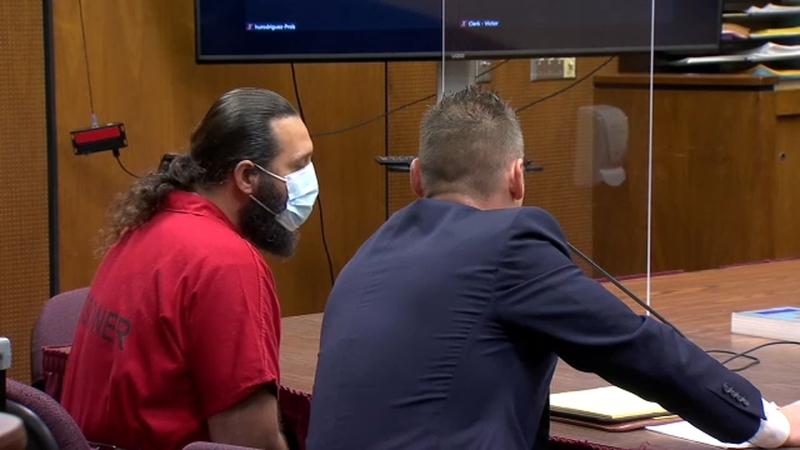 FRESNO, Calif. (KFSN) -- An apology, forgiveness, and punishment on Thursday in the case of a hit-and-run driver who was impaired when he killed a man on a motorcycle in October 2019.

Deandre Conley's family members are mostly ready to forgive the man who killed him and tried to get away with it, but there's one big detail they're struggling to let go.

Dashcam video shows a driver cruising Golden State south of Fresno at about 58 miles per hour.

Nick Salsedo, Jr. whooshes past the car on the left and within a couple seconds, you can see a fiery collision in the distance.

Salsedo had run the red light at Church Avenue at about 110 miles per hour and slammed right into 38-year-old Deandre Conley on a motorcycle.

That Salsedo just kept going and later lied about it is what replays in the minds of members of Conley's family.

"He was left alone on that street in the dark hours of the night," said Conley's brother-in-law, Steven Souders.

"Instead of Nick trying to provide help immediately after hitting my nephew, he ran from the location only to return with stupid lies trying to cover the role he played in taking my nephew's life," said Dorothy Smith in a statement read in court by a victim's advocate.

"Based upon the speed at which he hit Mr. Conley, it took him 917 feet to stop his vehicle and immediately upon exiting his vehicle, circled back to the scene of the collision to report his car stolen," said prosecutor Steven Ueltzen.

The mother of Conley's child told the defendant, "I forgive you. My child forgives you."

Salsedo was on probation at the time and a jury convicted him on two charges, including gross vehicular manslaughter while intoxicated.

Salsedo had support in court from his father, who killed someone himself in a one-car DUI collision near Turlock in 2013.

Some of Conley's family members complained that Salsedo never showed any remorse.

They finally got it Thursday.

The judge sentenced Salsedo to the maximum punishment of 15 years in prison.