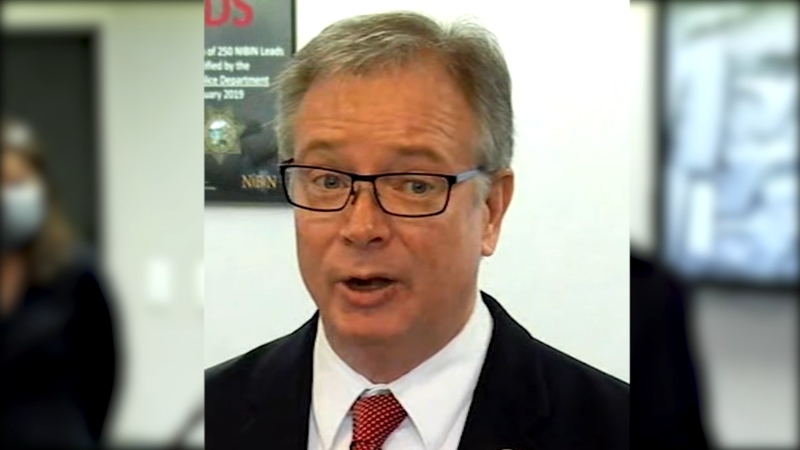 Most recently, the 56-year-old Fresno County prosecutor was in charge of the gang unit at the DA's office.

But his assignment changed after CHP investigators put his office on notice that he was under investigation for a December 18 hit-and-run at China Peak.

A CHP spokesman wouldn't give Action News many details, but said they determined Lewis was the driver during a collision that caused property damage.

"That's what it ultimately was described to him as - maybe vehicles rubbing and maybe a bump and some paint transfer, but not a crash that resulted in anything obvious," said defense attorney Martin Taleisnik.

Taleisnik says it comes as a shock to Lewis.

He says nobody who was in the car remembers any collision and nobody has told Lewis who to contact to pay for repairs.

"He has indicated that he wants to make it right to anybody that will listen," Taleisnik said.

Lewis is a regular at China Peak and he's involved with the junior ski team.

The resort's owner tells Action News he had no idea there was a collision on their property and they didn't have surveillance cameras at the time.

Taleisnik says he doesn't have police reports yet, but what he has heard doesn't add up.

"Just to put his integrity and reputation on the line for something that would've been handled by insurance, it just doesn't make sense," he said.

The punishment for a misdemeanor hit-and-run is no more than six months in jail.

Legal analyst Tony Capozzi says they often resolve without any conviction if the defendant pays to repair any damage.

But he says this case may be seen through a different lens.

"The person accused in this situation is a deputy district attorney with an outstanding reputation," Capozzi said. "For something like this to happen is unfortunate and I think it's something that can be worked out. I'm not sure the charges should even have been filed. But when you're in the public eye, you're treated a little differently."