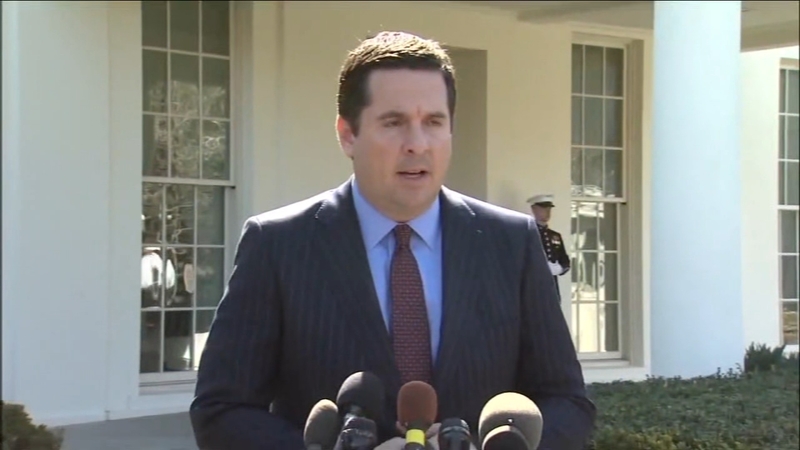 A White House statement called the Republican from Tulare "a public servant of unmatched talent, unassailable integrity and unwavering resolve" after Nunes defended the President in the investigation into Russia's interference in the 2016 election.

With just over two weeks remaining in his term, President Trump presented Nunes with the medal on Monday.

The award is intended to recognize civilians who the president decides have made contributions to national security, world peace or cultural or other significant public or private endeavors.

"I'm very thankful for it and because I was in the position I'm the one who receives the award. But it really is the people of the Valley who send me there and it's the staff and other members who really deserve a lot this credit," said Nunes.

The U.S. Representative for California's 22nd Congressional district is considered one of Trump's closest allies in Congress after serving as the top ranking Republican on the House Intelligence Committee during probes into Russian interference in the 2016 election and the President's 2019 impeachment.

"We did a thorough investigation. We didn't go into it with any preconceived notion, we weren't trying to clear anyone, we were just trying to get to the bottom of it," said Nunes.

Past recipients of the Presidential Medal of Freedom include Neil Armstrong, Rosa Parks and Jackie Robinson.