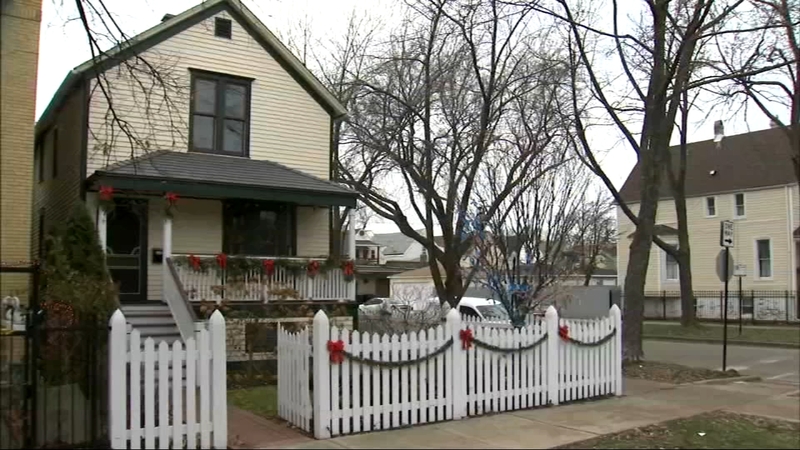 CHICAGO -- The childhood home of Walt Disney in Chicago's Northwest Side has been renovated to look as it did when it was built in 1893.

Disney, who would have celebrated his 117th birthday on Wednesday, grew up in the Hermosa neighborhood home with his brother, Roy Disney. The two men went on to start Walt

Over the last five years, the house has undergone a massive renovation.

The Disney house was the handiwork of Elias Disney, a carpenter by trade, and Flora, who helped design the Victorian-era home. Three of the Disney children were born in the house, including Walt.

Wednesday afternoon, ABC7 toured the house, which cost $800 to build, with the present owners, Brent Young and Dina Benadon.

Several years ago, the couple heard through their work with theme parks that Disney's home birthplace was in bad condition. Over the years, it had been converted to a 2-flat and was in disrepair.

"It was very sad to us because this is apart of very important history in our country," said Benadon.

So they bought it and started the painstaking renovation process. They would need several hundred thousand dollars to restore.

They did so with the help of generous donations.

"It really needed a lot of work. It didn't have this about at all. We had to essentially take the entire house apart to see how it was put together originally," Young said.

Over the course of 5 years, the home was stripped down to the bare bones and then brought back. Crews even emulating the crown molding and paint colors. A few special touches were put in.

Roy Patrick Disney, a descendant of the Disney brothers, also joined the festivities and shared memories and family history. His grandfather Roy, Walt's older brother, was also born in the house.

He said seeing the dedication to preserving a piece of his family's history is heartwarming.

"There's something inspiration about that never quit, follow your dream, which is the essence of what they call the American dream," Roy Patrick Disney said.

Home renovations were done with a donation from the Walt Disney Company.