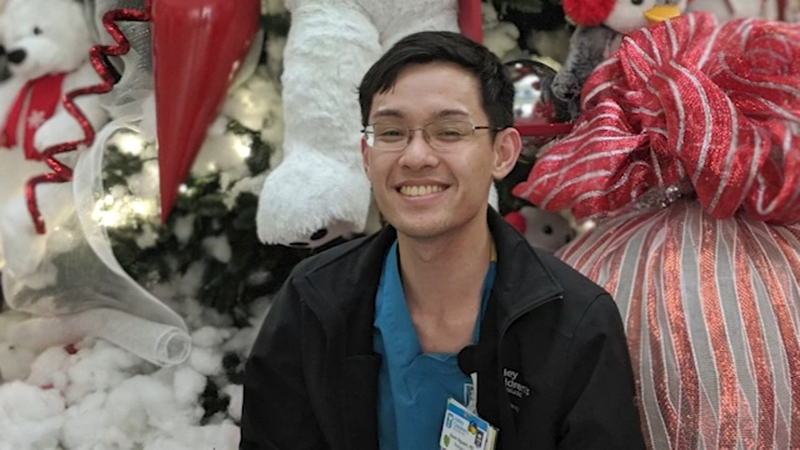 MADERA, Calif. (KFSN) -- A Valley Children's Pediatric Residency Program graduate has been recognized for speaking up and educating others about the struggles of children and teens who identify as LGBTQ+, non-binary, or gender non-conforming.

Since medical school, about eight years ago, Dr. Kevin Nguyen has been a voice through the hospital halls and out in the community about mental health and treating every person with kindness.

His advocacy work focused specifically on children and teens identifying as LGBTQ+, non-binary or gender non-conforming. He noticed the challenges many faced and took action.

"I saw many children really struggling with this because they didn't know how to process it or were not welcomed. So seeing that for me was the turning point that says, 'hey this is something that is serious'."

He took the time to educate himself to better serve as a doctor and spread his knowledge to his peers and throughout the community. He says the bottom line is everyone should be treated equally.

"Whether you have a certain colored hair, certain height or come from a different background, this is just another part of someone's identity, but it's not the only part, and recognizing they are people too," he says.

While completing his pediatrics residency training at Valley Children's Hospital for three years, his advocacy work was recognized nationwide.
This week he was awarded the Community Service Recognition Award from the Association of American Medical Colleges.

It's a prestigious annual award only given to one resident in the entire country for going above and beyond the requirements of their program.

"I was nominated by one of my mentors, and I am honored and grateful and very humbled to have received this award."

His work is far from over. After completing his pediatric training in Central California, he decided to do additional training as a psychiatrist for adults and children at the children's hospital of Philadelphia.

"For me, recognizing mental health is so important that I decided to do additional training in the field," he says.

He plans to be a voice and passionate advocate for as long as he needs.