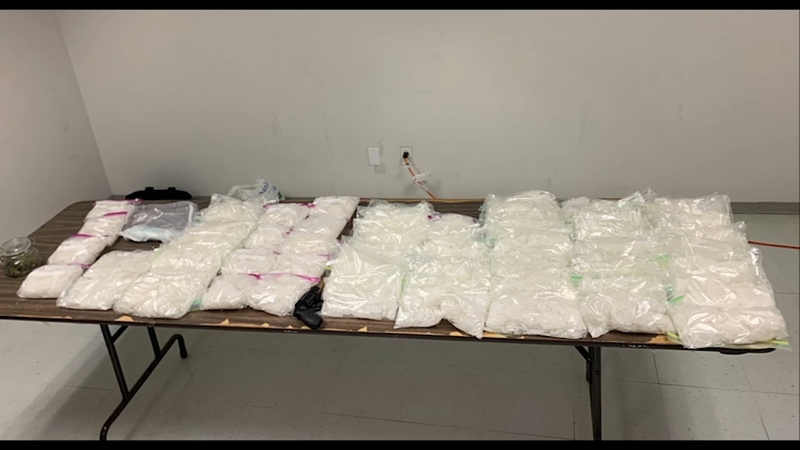 They were found with 50 pounds of methamphetamine and 2,000 fentanyl pills when they were arrested.

Investigators say these men were part of a drug trafficking operation out of Tulare County.

Detectives with the sheriff's office, Visalia, Porterville, Woodlake and Farmersville police departments, and the Drug Enforcement Administration (DEA) all worked together to track the suspects down.

All four men are facing federal charges of possession and conspiracy.

In addition to the drugs found in Nevada, detectives served several search warrants in Exeter, Farmersville and Woodlake. They seized 17 more pounds of meth, four pounds of heroin, 4.5 kilograms of cocaine and 6.6 pounds of fentanyl.

Dozens of illegal guns were also recovered during the search.