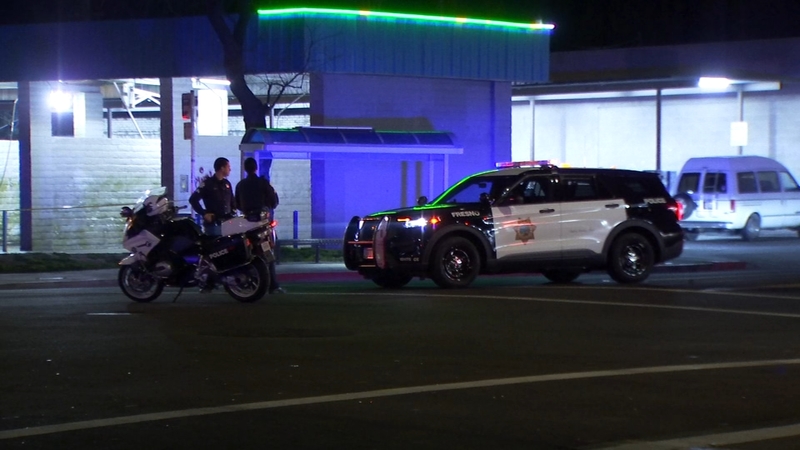 FRESNO, Calif. (KFSN) -- Alcohol is believed to be a factor in a violent series of crashes in central Fresno.

One of those collisions put a 25-year old woman in the hospital Thursday.

Police say two cars were chasing each other in the area of Palm and Olive around 6 pm.

As they approached the intersection, a blue pickup truck slammed into an SUV.

The blue truck kept driving and shortly after, hit a woman who was crossing the street.

"The 25-year-old female, she was in the crosswalk," says Fresno Police Lt. Sean Biggs. "She was struck by the vehicle. A short time later, the pickup lost control, struck a bus bench then hit a fence."

The driver of the white SUV got out of his vehicle then chased down the suspect.

He grabbed him then officers arrived to take the 27-year-old man into custody.

Investigators say the suspect was driving drunk during the crashes.