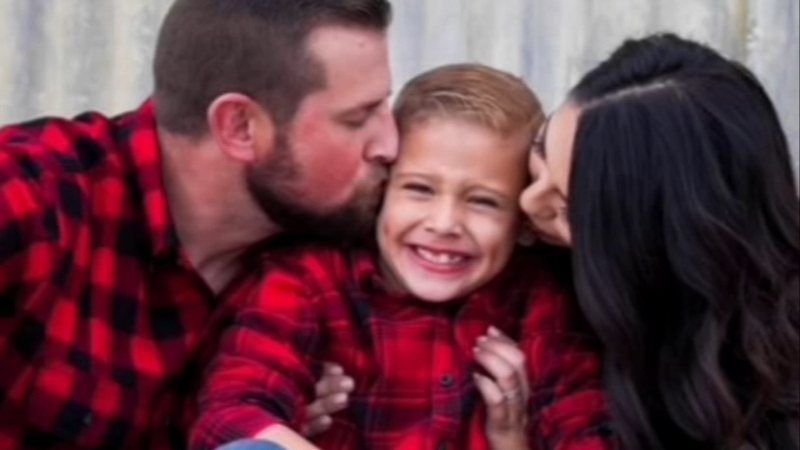 FRESNO, Calif. (KFSN) -- A man who was in this country illegally and killed an eight-year-old boy when he sped through a rural Fresno County stop sign will go to prison for six years.

The victim's family finally got an apology Tuesday, and baseball is helping them remember their little boy.

Maverick Martzen made his parents very proud for his eight years.

"Maverick was a kind, athletic, loving, energetic, and happy little boy," said his father, Scott Martzen. "He loved to play basketball and football, but he found his home in the squat as a catcher on the baseball diamond."

"But my favorite thing about Maverick was to watch his relationship with the Lord," said his mother, Megan Martzen. "He was bold enough to pray over his friends and wasn't afraid to talk to God with adults."

Maverick died in February 2019, just after the eight-year-old got picked for a baseball team with 10 to 12-year-olds.

Investigators say a man whose visa was expired ran a stop sign and hit the Martzens, killing Maverick and badly injuring his parents.

Witnesses said he was going at least 100 miles per hour shortly before the crash.

And I uncovered court records showing his driver's license was revoked because of a 2016 DUI.

"I'm very heartbroken and angry that this man's actions took the life of my innocent son," Megan Martzen said. "I'm angry he stole so much from my husband and me."

Prosecutors initially charged Karmjit Singh with murder, but the investigation showed his blood alcohol content was below the legal limit for driving.

He admitted to his crime when prosecutors reduced the charges to vehicular manslaughter, but his victims didn't hear an apology for almost 18 months.

They got a tearful one Tuesday, in Singh's second language.

"There is not one day that goes by that I don't wish I died instead of your son," Singh said. "I wish I could take it all back, but I can't. All I can do is pray for God to forgive me and pray for your family."

"I know it doesn't change the actions that were taken that night and we still have to answer for what we do, but I just want to voice that I appreciate him speaking up," said April Spencer, Maverick's grandmother. "I know that wasn't easy."

The judge sentenced Singh to six years in prison, the maximum for vehicular manslaughter without a DUI.

For the Martzens, Maverick will be forever stuck at eight years old, but at least for one baseball season, they know he'll be watching his favorite team, the Giants.