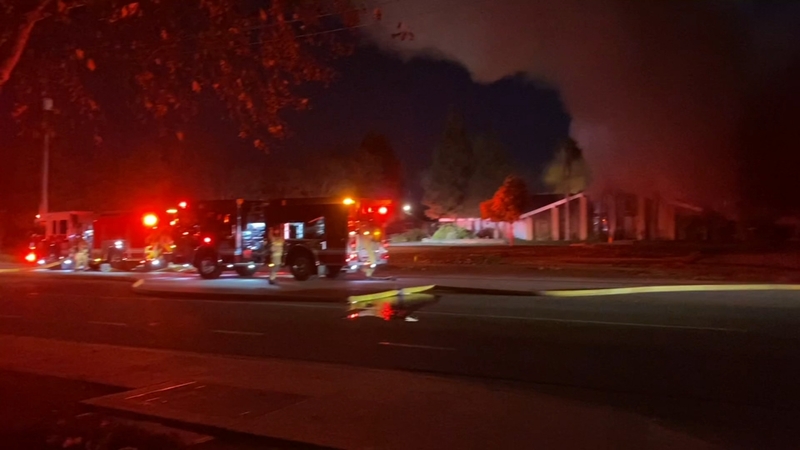 FRESNO, Calif. (KFSN) -- A woman is in the hospital being treated for burns after a fire ignited inside a home in east central Fresno on Tuesday night.

Firefighters from Fresno County, Clovis and the city of Fresno all responded to the two-alarm blaze near Locan and Shields.

When they arrived, they found flames burning through several bedrooms and the living area and had to call for additional crews.

A woman who was home at the time the fire broke out was taken to the hospital with major burn injuries but the rest of the family made it out safely.

Fire investigators are starting to look into the cause of the fire at this hour.

Fresno County crews told Action News the family would be getting help from the Red Cross for a place to stay.

The fire damaged at least half of the large home.