KFSN
FRESNO, Calif. (KFSN) -- The Saroyan Theatre is preparing for the next act, just one day after a broken pipe left audience members soaked and confused.

Patrons had to dash out of the theater to avoid the steady streams of water flowing from above.

The Fresno Philharmonic is tuning up for Sunday's big show at the Saroyan Theatre, despite last nights downpour inside the theater

The Philharmonic is jumping right into rehearsals as if nothing happened, and the show is still a go for this weekend.

"It was obviously initially quite a shock but I immediately contacted the management or contacted here they said things were under control," said Fresno Philharmonic spokesperson Stephen Wilson.

Crews have been working to fix the mess left behind from the leaking pipe to prepare the auditorium Saroyan's next act.

"We just started our rehearsal at three o'clock this afternoon and so we're on schedule and looking forward to a great performance Sunday afternoon," said Wilson.

Last night patrons were doused from above while watching the Blue Man Group.

"Just chaotic. People staring at each other, we didn't know if it was part of the show what do we do do we leave," said one patron Michelle Haney.

Officials for the Blue Man Group say they were only 18 minutes into the show when the audience experienced this unexpected water show.

"I've never been evacuated from a theater before," said Haney.

The City says the issue will be fixed before the Fresno Philharmonic takes center stage on Sunday.

This is not the theater's first run-in with issues.

There were also alleged audio issues during the Jo Koy show. The city says they've made an audio enhancement since then are looking to make a change to the entire sound system.
Report a correction or typo
Related topics:
arts & entertainmentfresnotheater
Copyright © 2020 KFSN-TV. All Rights Reserved.
THEATER 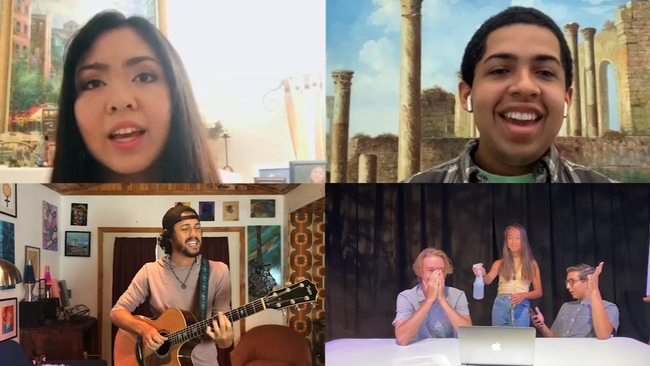 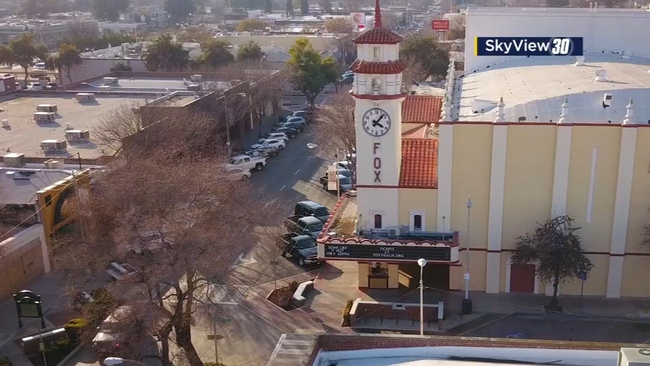 Disney+ sees big jump in downloads thanks to 'Hamilton'