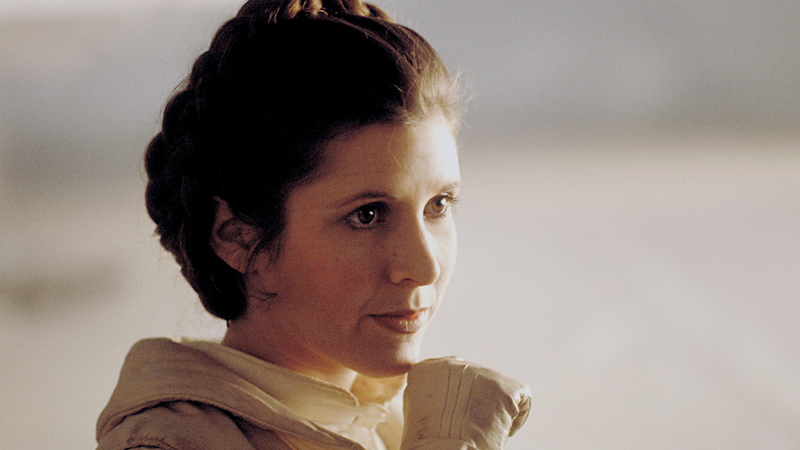 Carrie Fisher, who will forever be known for playing Princess Leia Organa in the original "Star Wars" trilogy, has died, family spokesman Simon Halls has confirmed to ABC News. She was 60.

The actress was rushed to the hospital after going into into cardiac arrest while aboard a flight from London to Los Angeles Friday.

Fisher came from Hollywood royalty as the only daughter of actress Debbie Reynolds and singer Eddie Fisher. Following in her famous parents' footsteps, she made her Broadway debut at the age of 15 alongside her mother in "Irene." Her movie debut came in the 1975 Warren Beatty film "Shampoo," but in 1977, "Star Wars" made her a household name.

After a variety of TV roles, Fisher's next big movie was "The Blues Brothers," though she was listed in the credits as "mystery woman." She then appeared in the "Star Wars" sequels "The Empire Strikes Back" and "Return of the Jedi," and starred in the Broadway show, "Agnes of God." In 1986, she appeared in Woody Allen's acclaimed film "Hannah and Her Sisters."

The next year saw the arrival of Fisher's first book "Postcards from the Edge," a loosely autobiographical novel which was turned into a film starring Meryl Streep and Shirley MacLaine. She continued working steadily appearing in movies including "When Harry Met Sally," "Austin Powers: International Man of Mystery," "Scream 3" and "Jay and Silent Bob Strike Back." Her career as an author continued as well: she published the novels "Surrender the Pink" and "Delusions of Grandma."

Fisher also was a top Hollywood script doctor, polishing other writers' screenplays. Among the movies she worked on: "Hook," "Lethal Weapon 3" and "Outbreak."

Fisher, who struggled with drug addiction and bipolar disorder, received an Emmy nod for her work in an episode of "30 Rock," and also mounted one-woman plays and published more books, including 2016's "The Princess Diarist."

Her acting career was revitalized via her return as Leia in 2015's "The Force Awakens," where we learn that Leia and Han Solo have split up and that their son Ben, aka Kylo Ren, has turned to the Dark Side of the Force.

Fisher was married to Paul Simon from 1983 to 1984 but had no children. She and talent agent Bryan Lourd welcomed daughter, actress Billie Lourd, in 1992.