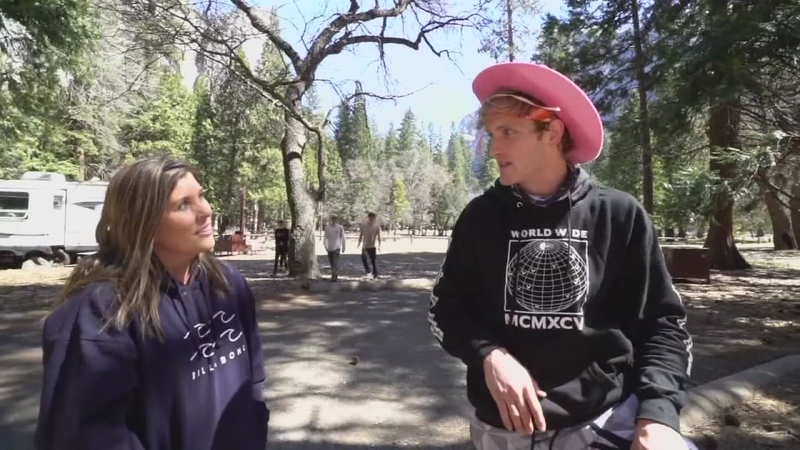 Paul and some of his friends visited the park over the weekend for his birthday.

All of the camping sites were booked, so the YouTuber decided to create a campsite on top of his bus.

Park rangers were quick to cite Paul for not being in a regulated camping site.

Several fans of the YouTube star saw that he was staying in the national park, and quickly offered up their own campsites so he could continue to celebrate his birthday.

Once in a campsite, Paul and his friends started filming their antics.

Fellow campers complained about the noise, and that's when rangers paid them another visit, this time to kick the group out of the park.