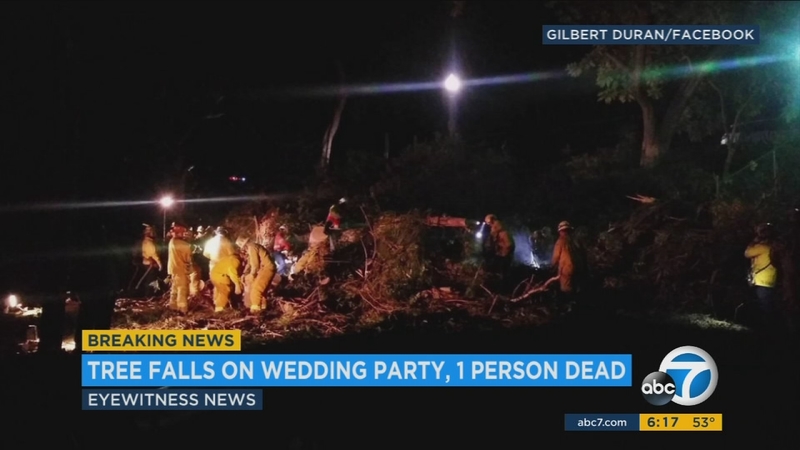 WHITTIER, Calif. -- At least one person died and five others were injured when a tree fell on a wedding party in Whittier, fire officials said.

Fire officials dispatched multiple ambulances to the scene as they assessed the injuries. They say at least five were injured, in addition to the one death.

They described most of the injuries as minor, with one described as "moderate."

They say there were no indications or warnings that trees in the area were vulnerable to falling, but said the eucalyptus tree's weakness could be linked to the California drought.