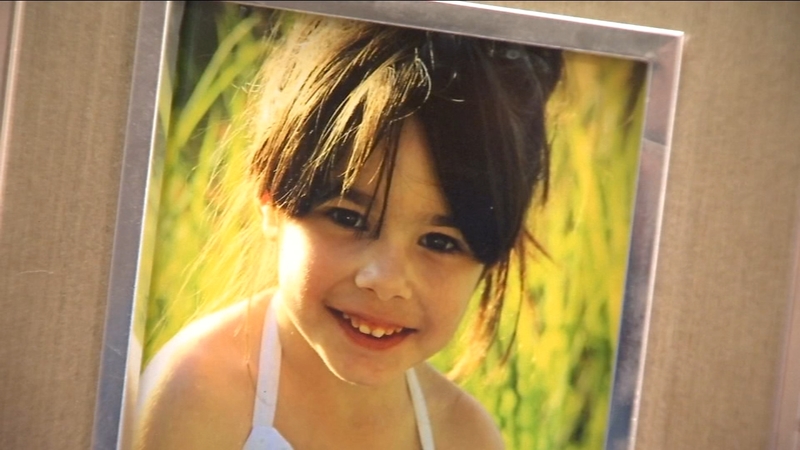 FRESNO, Calif (KFSN) -- A family in mourning, speaks out after a 7-year-old was killed in a boating accident.

Sheriff's deputies continue to investigate the accident that killed Lily Harris and injured her father Brandon.

Shattered by grief, Amanda Perez remembers the little girl that knew her as Auntie Mandy.

"I fell to my knees crying. I was just screaming. I mean she's only seven it shouldn't happen," says Perez.

It was Monday afternoon a boating accident killed little Lily Harris and injured her father, Brandon. According to the Madera County Sheriff's Office, witnesses say Lily and her Dad were on an inner tube being pulled by their ski boat. When they were stopped, a pontoon boat hit them.

Perez says Brandon, her brother-in-law, tried to protect her, "He tried to grab her and get on top of her so the boat would go over him."

Brandon underwent surgery to put a metal plate in his arm and is expected to survive.

The accident and circumstances surrounding it remain under investigation, but now family members are trying to gain a sense of normalcy. Most of them were at the lake. Including Lily's 3 year-old sister Claire who went with them almost every week.

Lily was just one week away from her eighth birthday. Family describes the Pinedale elementary student as energetic, outgoing with a big imagination. Lily's Aunt said, "She was just so full of life. She was always running around playing. She was in dance, gymnastics she was always doing the splits."

She adds, "I don't know how we can move on from this. Lily was our little angel. She lit up everyone's life."