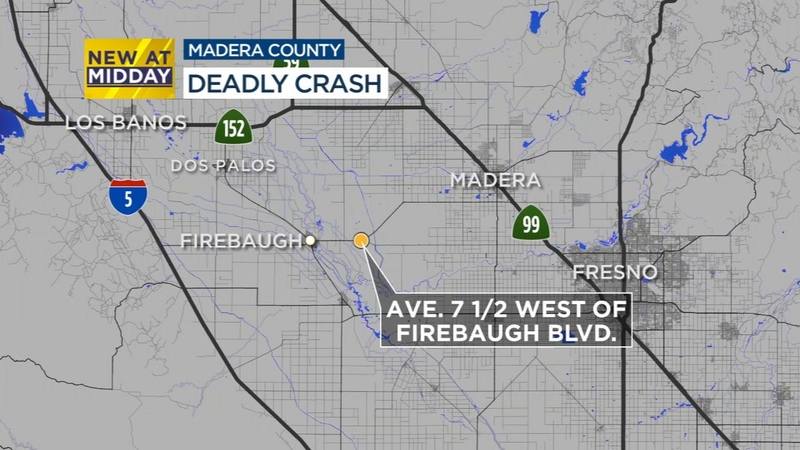 It happened just after 7 pm on Sunday on Avenue 7 1/2, west of Firebaugh Boulevard.

CHP officers say an 89-year-old man was driving west on Avenue 7 1/2 when his truck drifted into the opposite lane.

A woman in an oncoming Toyota Venza swerved to avoid the truck, and her vehicle spun off the road.

That's when the man's truck collided head-on with a Toyota Sequoia driving east.

The 89-year-old man died at the scene. The man in the Toyota Sequoia suffered minor injuries in the crash and was taken to Madera hospital for treatment.

The woman in the Toyota Venza was not hurt.

CHP officers are still investigating the crash. They say drugs or alcohol do not appear to be factors.