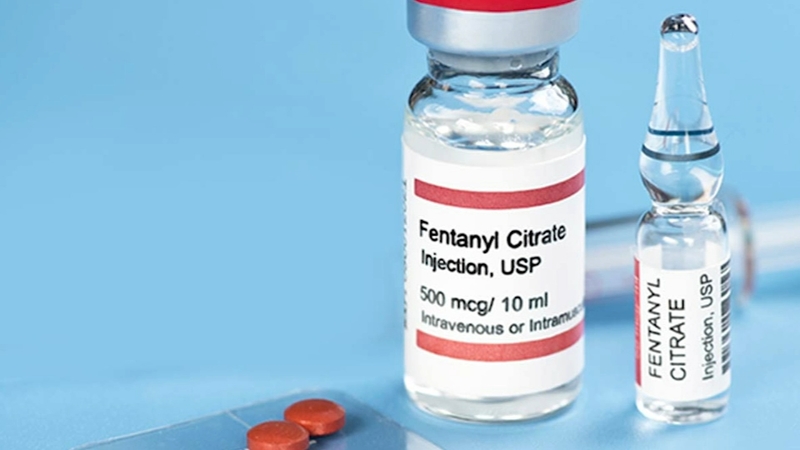 FRESNO, Calif. (KFSN) -- Overdose deaths climbed dramatically in Fresno County in 2020, but the explanation may not point to the year's biggest change.

"I don't think it's a COVID thing," said Fresno County Sheriff Margaret Mims. "It's just that there's a demand."

Sheriff Mims says fentanyl is a big part of the problem.

Sheriff Mims says drug traffickers have found out fentanyl is cheap to mix with other narcotics.

But they're also targeting rich teens with pills priced at $25 to $30.

The M30 pills are often mixed in basic kitchen appliances, so they're not consistent.

"Someone may get one pill that's got very little fentanyl in it and then get another pill that's loaded," the sheriff said. "It's a gamble. You're throwing the dice every time."

The usual drug addiction interventions took a hit in 2020.

Twelve-step meetings stopped for a while and the adjustment to remote meetings hasn't been easy.

Westcare Foundation is rebuilding the number of people it can serve in person, but its waiting list is more than twice as long as it was a year ago.

"My mission was to get it down to 'You walk in and we'll take you,'" said Westcare deputy administrator Lynn Pimentel. "That was not possible under COVID. Those folks had to go back out there and hustle and use."

Fresno police have joined forces with federal investigators on a special fentanyl unit, trying to stop the cycle before it starts.

They're finding young users well aware of the overdose dangers.

"These detectives are actually finding that some kids are carrying Narcan (the opioid overdose reversal drug) with them to counteract the effects of an overdose because they expect that to happen," said Sgt. Jeff La Blue of the Fresno Police Department.

Investigators try to track down the source of the drugs from any overdose and say the trail often leads to Mexican cartels.

When the fentanyl unit finds people who sell drugs leading to overdoses and deaths, the punishment in federal court is up to life in prison.

Parents can also get help through Parents & Addicts In Need, or PAIN, on their website or at (559) 579-1551.
Report a correction or typo
Related topics:
fresnofentanyldrug bustfresno county sheriff departmentdrug addiction
Copyright © 2021 KFSN-TV. All Rights Reserved.
More Videos
From CNN Newsource affiliates
TOP STORIES