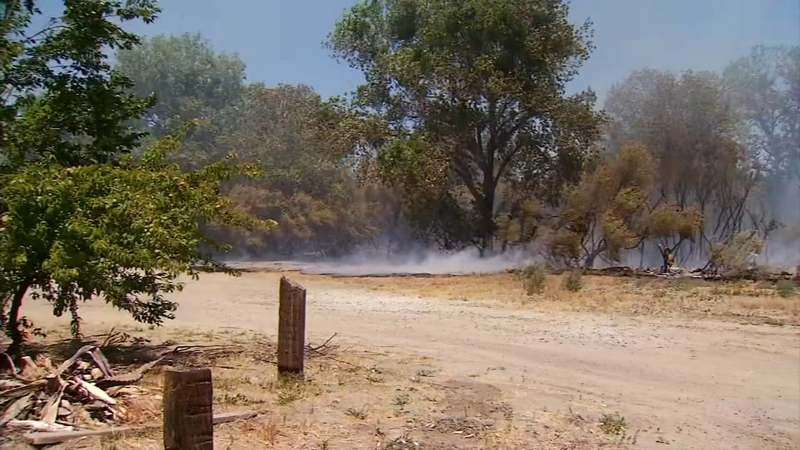 FRESNO, Calif. (KFSN) -- Madera County residents were surprised by the swift flames near their homes on Tuesday.

Kimberly Pickens and Gabriel Guerra were asked to evacuate immediately.

"It was over the other side of the bridge," she said. "It was just a matter of seconds. I looked and I said, 'Oh no, now it's on this side of the bridge.' The wind was blowing and it just swooped by real fast."

Fire officials say the blaze started on the Madera County side of the San Joaquin River and quickly moved to the Fresno County side.

An evacuation order was issued for 15 homes in the area of Avenue 7 1/2 and River Road.

About another 164 residents were notified of an evacuation warning.

Pickens and Guerra chose to stay put because of their elderly and disabled parents.

So they did what they could to make their space defensible.

"As you can tell behind me, there were about 10 to 15 mph winds with a gust of 20 to 25, so that did impede the fire behavior and suppression efforts," he said.

Authorities say more than 70 homes temporarily had no power but it has since been restored for all of them.

The city's fire chief says school officials allowed parents to voluntarily pick up their kids from Firebaugh elementary, but there were no mandatory evacuations.