KFSN
By Sontaya Rose
FRESNO COUNTY, Calif. (KFSN) -- Second-grader Neveah Diaz was only at Winton Park for about 20 minutes on Tuesday. She was splashing around in shallow water - before the fight of her life. With her family just a few feet away, suddenly Neveah was sucked under by the icy, fast-moving water.

"I was scared. I thought that I was going to get taken away," she says.

Neveah's mom Amanda jumped in. She remembers exactly what she was thinking.

Amanda and two other adults rushed to rescue Neveah. They too were swept away, but miraculously made it out.

Art Caballero, a 62-year-old fisherman, was fishing for trout nearby and saw the commotion. Without hesitation, witnesses say he hopped in. He swam to Neveah and got her to an area less treacherous, but in the process was taken away by the unforgiving current.

"I was very proud to know that he gave his life trying to save someone's life and that he was successful in that," says his nephew Gabriel Aguirre.

Aguirre was not surprised to hear about the bold move his uncle made to help a child - it summed up his noble and upstanding character.

"Always looking to come out and help somebody, never wanted anything in return. He was a special guy," says Aguirre.

Adds Stella Valdovinos, Caballero's sister:
"He had a heart of gold, he cared for everybody. He would have not seen himself as a hero- to him if he sees somebody drowning or somebody needing help- he would reach out. That's just the way he was."

Gabriel had just seen his uncle the night before he died. As usual they talked fishing, a hobby they shared.

The boat they were fixing up is now a painful reminder of the tragedy.

Now Caballero's family is planning his funeral, but Neveah's family is also doing their part to help by selling taco plates.

Neveah never got to tell Caballero what she wanted so instead she wants his family to hear her gratitude.

If you want to help pay for Caballero's funeral, you can do so by clicking here.
Report a correction or typo
Related topics:
fresno countydrowningherokings river
Copyright © 2020 KFSN-TV. All Rights Reserved.
DROWNING 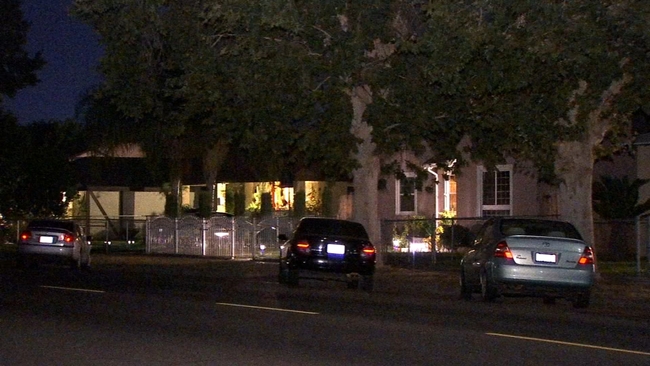