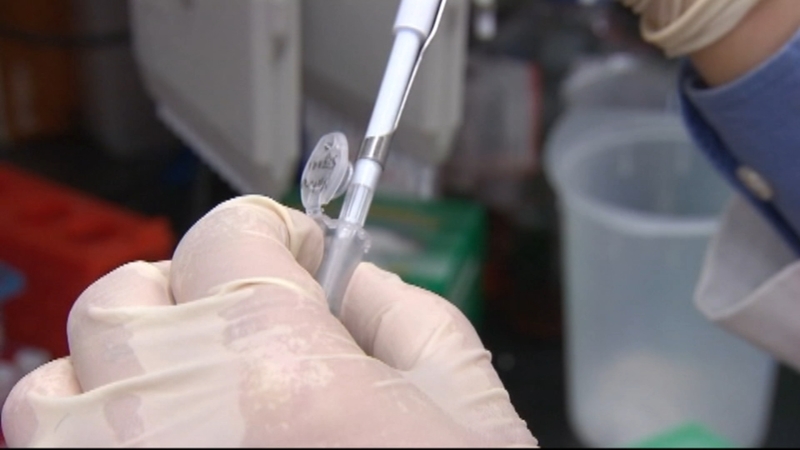 However, with several flu-related deaths being reported throughout the state already, they're urging folks to get vaccinated and get prepared before its too late.

It's a virus that can quickly turn deadly and health officials are urging folks to get vaccinated as the flu season is getting its earliest start in a decade.

The Centers for Disease Control and Prevention confirms, thirty states are already seeing flu activity, including some cases in California.

"We've seen a lot of people coming into the emergency room with flu-like symptoms..the common one being ..think of a really bad chest cold," said Dr. Jessica Mason at CRMC.

According to the California department of public health, their latest report released Friday says there have been sixteen flu related deaths in the state since September.

One of those being in Tulare.

Health officials say the most vulnerable are younger children, the elderly and those with autoimmune issues.

They also say This is the season when the virus is likely to be transmitted.

"You'll be among your family. That's how you get germs, you'll be among people and in closed areas," said Leticia Berber with Fresno County Public Health Department.

They urge folks to get the flu shot, and if they feel the symptoms...go see their doctor.

"We can help you determine if it is the flu, and do you need treatment...not everyone needs treatments," said Dr. Mason.
Report a correction or typo
Related topics:
health & fitnesscaliforniahealthfluflu preventionflu death
Copyright © 2022 KFSN-TV. All Rights Reserved.
HEALTH
Got dry winter skin and chapped lips? Here's how you can find relief
Supreme Court halts COVID-19 vaccine rule for US businesses
Fresno State requiring surgical-grade or KN95 masks on campus
Digital eye strain: Why you may have it and what you can do about it
TOP STORIES
Loved ones grieve for Missy Hernandez at Fresno vigil
Tax filing season starts Monday. What to expect for 2022
Fresno's famous 'dancing teacher' appears on Ellen Show
5 tax changes that can boost your refund this year
Man hospitalized after shooting in northwest Fresno
Suspect opens fire at birthday party full of teenagers in Clovis
Fauci optimistic omicron will peak in February
Show More
Rescuers use sausage dangling from drone to lure runaway dog to safety
Arnold Schwarzenegger involved in multi-vehicle crash
Deputies investigating armed robbery at Tulare Co. convenience store
President Biden appoints Fresno leader to head USDA post
How a 73-year-old grandmother outwitted a scam artist
More TOP STORIES News