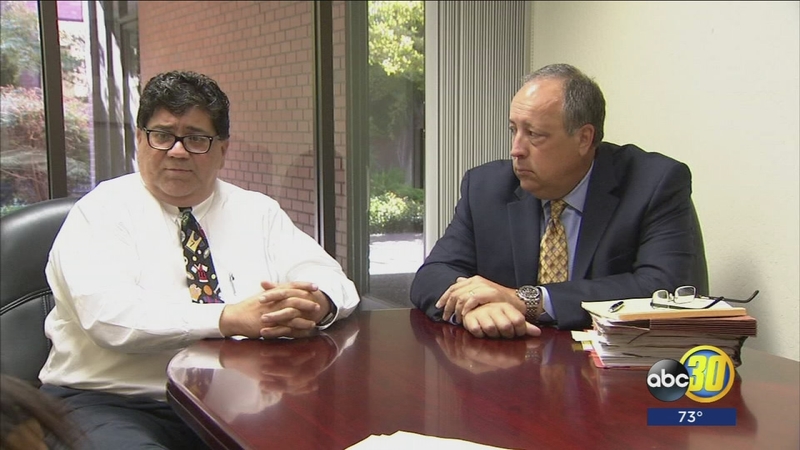 FRESNO, Calif. (KFSN) -- It was July 2016 and the start of a new school year at San Joaquin Memorial. Fifty-three-year-old Jimmy Monreal thought he landed his dream job as head of the school of his alma mater when a series of unfortunate events unraveled.

"In a period of about four days, I went from, literally, attending a board meeting and four days later going into surgery to determine if I was going to keep my leg."

After six weeks in the hospital and doctors cleared him to return-- that is when Monreal said he started getting pushback from the Diocese of Fresno Education Corporation. Then in February, came the notice of termination.

"I think that's the polite way of saying it, I think blind-sided, emotionally wiped, it was extremely difficult, this was the school I attended."

Monreal filed a lawsuit claiming he was fired because of his disability but Legal Analyst Tony Capozzi said that is not the reason the school gave in this complaint. It said the Diocese had problems with Monreal's management practices and allegations of sexual harassment.

"That's going to be a big issue here, whether or not there's been complaints of him before, are there witnesses to say that there were mismanagement practices that were some kind of embezzlement," said Capozzi.

The diocese would not comment on the case, but Monreal and his attorney told us they never heard of these accusations until February.

"In three months he didn't have enough time to spill a cup of coffee in the office, much less engage in conduct that is contrary to Christian values," said Monreal's attorney Todd Barsotti.

"It's been a tremendous burden on my family-- emotionally, physically, and you know you hate to say it, but just financially," said Monreal.