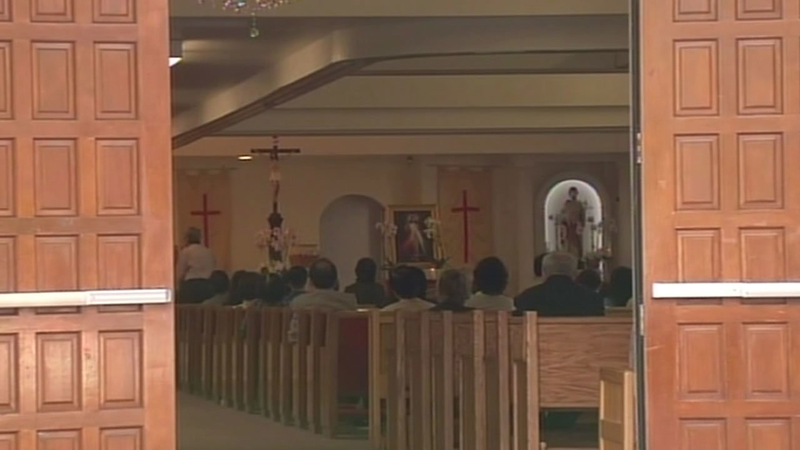 SAN JOSE, Calif. -- A Roman Catholic priest who formerly ran the Vietnamese Catholic Center for the Diocese of San Jose has been indicted by a federal grand jury in San Jose on bank fraud and tax evasion charges. Hien Minh Nguyen, 55, was arrested in Fort Lauderdale, Florida, on Saturday and made an initial appearance in federal court there Monday, according to Abraham Simmons, a spokesman for U.S. Attorney Melinda Haag for the Northern District of California.

An indictment charging him with 14 counts of bank fraud and four counts of tax evasion was unsealed following his court appearance. The grand jury issued the indictment under seal on April 7. The tax fraud counts allege that Nguyen underreported his income by a total of $1.1 million for the 2008 through 2011 tax years.

In the bank fraud counts, he is alleged to have deposited into his personal bank account 14 checks totaling $19,000 that were given to him by parishioners between 2005 and 2008 as donations for the Vietnamese Catholic Center.

Nguyen has been a priest with the diocese from 1995 to the present, but has been on a personal leave of absence since Dec. 6, 2013, according to diocese communications director Liz Sullivan. He directed the
Vietnamese Catholic Center from 2001 to 2011, she said.

Nguyen is scheduled to reappear in federal court in Fort Lauderdale on Tuesday. Authorities expect him to be transferred eventually to the federal court in San Jose to face the charges, according to Internal Revenue Service spokeswoman Arlette Lee.

Bishop Patrick McGrath of the Diocese of San Jose issued a statement saying, "The diocese has been cooperating with an ongoing criminal investigation by the Internal Revenue Service into the conduct of Monsignor Hien Minh Nguyen since October of 2012.

"Any facts in the matter are the part of the investigation, and only the IRS has the authority to make disclosures at a time of its choosing. We do not know when that might be. At the request of the IRS, we have had minimal direct communication with Monsignor Hien. He is on a personal leave of absence, which he requested," McGrath said.

The bishop also said, "Our Lady of La Vang Parish, St Patrick's School and the Vietnamese Catholic Center are all debt-free and poised to address the ways in which they can serve the Catholic community downtown and throughout our region."