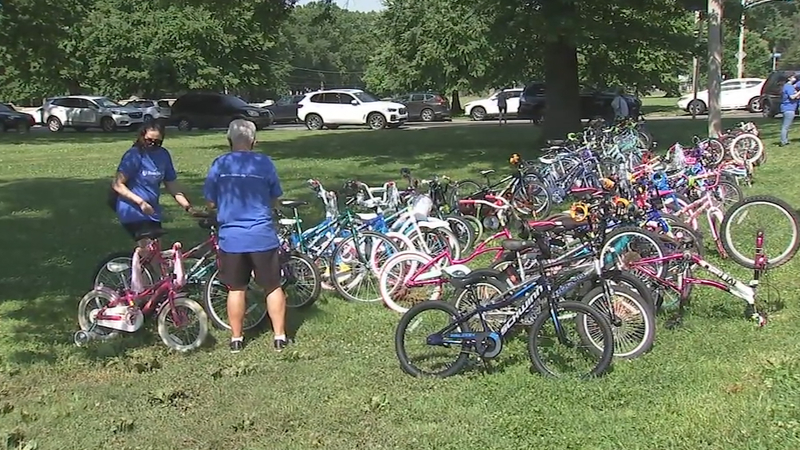 June, 2021 - PHILADELPHIA -- Sunny Jackson works as the injury prevention coordinator for the Trauma Center at Penn in West Philadelphia.

Knowing how the gun violence epidemic is plaguing the city and seeing the effect it has had on families, she wanted to team up with Philadelphia Police's 16th district, which she deals with regularly, to do something good for the neighborhood.


She, and Officer Jen Decky got to talking about how something as simple as a bike can be a resource for kids.

Over a six-month period, the two collected nearly 100 bikes for neighborhood kids and gave them out for free.


One of the recipients, 10-year-old David Trottman, said having a new bike will make his summer!