A man and woman were arrested in connection to the death of an eight-year-old Fresno boy, police say.
KFSN
By Jessica Harrington and ABC30.Com Staff 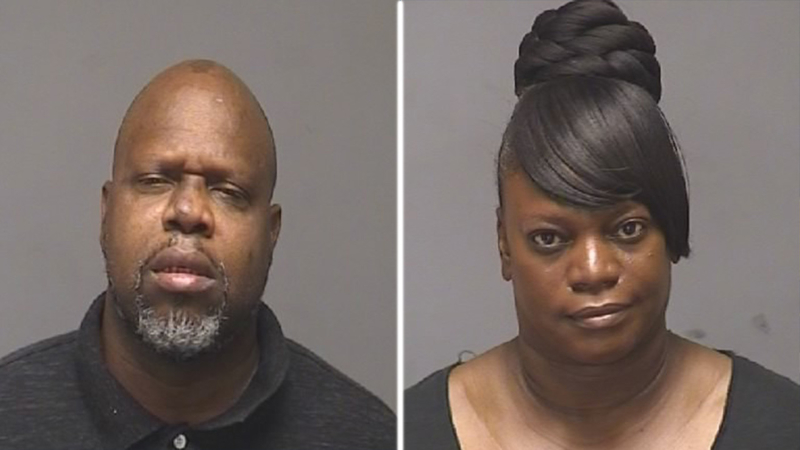 The victim is 8-year-old Jaeluv Smith, whose legal guardians were arrested for his death.

"Anytime you have a loss of life, it's tragic, but with an 8-year-old child, it's just, it's very sad, it's heartbreaking," said Lt. Rob Beckwith with the Fresno Police Department. "It's terrible."

Fresno Police said Crystal Johnson called 911 Saturday around 4 a.m. for an 8-year-old boy who was unresponsive.

Officers arrived at the home on East Belgravia Avenue in southeast Fresno and found the boy in the bedroom, unconscious and not breathing.

"Due to there being no known medical conditions for the child, homicide detectives were called to the scene and they began an investigation." Lt. Beckwith said.

The coroner's office has since ruled the death a homicide caused by severe blunt force trauma.

"I can't talk specifically about what injuries the child has. All I can tell you is that the child has significant trauma," said Lt. Beckwith.

Police say the Smith had two siblings who also lived at the home, a 10-year-old brother, and a 13-year-old sister.

They have both been removed from the home and are in the custody of Child Protective Services. Police officials said there are no signs the other two children were abused.

Lt. Beckwith says the Johnson's are relatives of the children, but their exact relationship is unknown. Lt. Beckwith also didn't have details about why the children were in the Johnson's custody, but said investigators believe there was a custody agreement or they may have been in the middle of the adoption process.

Officials said they know of two prior referrals to Child Protective Services, but wouldn't release any other details.

We reached out to the Fresno County Department of Social Services, which released a statement that said in part,

"In this case, an eight-year-old male child died while in the home of his guardians and an investigation is being conducted by Child Welfare. Other than the two referrals referenced by the Fresno Police Department, there was no other Fresno County Child Welfare involvement with this family. This information is provided to offer a better understanding and critical context of Child Welfare investigations to aid in current reporting. Due to the sensitive and confidential nature of these investigations, DSS is unable to provide further comment or interviews regarding this matter. Thank you for your understanding."

The Johnson's pastor says it's hard to believe they were arrested for this crime.

"What we're reading and seeing and hearing now is so total opposite of what we saw of them at church," said Edward Lee, the Pastor at Mount Olive Baptist Church in Central Fresno.

Lee says the Johnson's have been attending the church since 2011. He says they are good parents and the children were always well mannered.

He says the 8-year-old boy was nicknamed "J".

"The children were great. 'J', comical. all three of them." Lee said.

Lee said he received a text from the family Saturday morning that J had died and went to be with the family at their home.

He said they didn't explain anything that happened, he was just there to be with the family.

"We didn't ask a lot of questions, we were just there to support them," said Pastor Lee.

The police department said according to their records, Crystal and Patrick Johnson have only had a minimal criminal history.