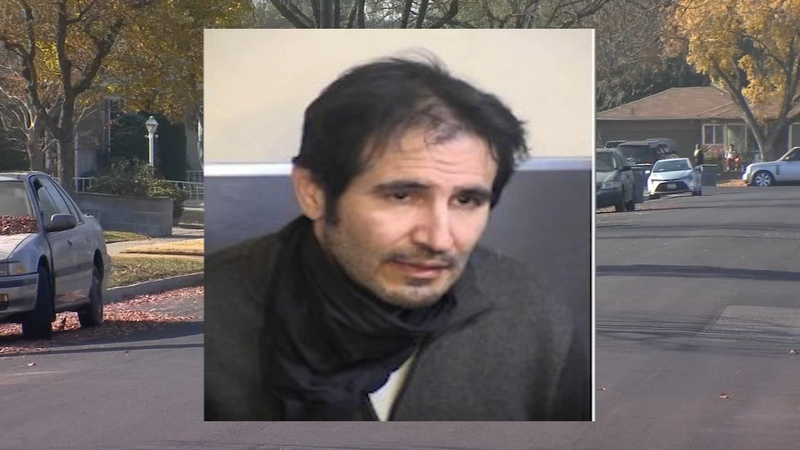 FRESNO, Calif. (KFSN) -- A Fresno City College professor testified Monday about a former student accused of kidnapping and assaulting her with a gun.

The first time York saw Rodolfo Brambila show up at her house uninvited, she was locked inside and he eventually went away.

York says his aggression peaked when he came back to her house a week later and surprised her in the backyard.

"I can't remember at what moment I saw the gun, but I saw it very quickly," York said. "I couldn't believe this was happening."

York says she thought Brambila was going to shoot her, so she grappled with him.

"I reached up towards his face and clawed at his face," she said. "I also tried to claw at his groin with my right hand."

She says Brambila eventually pinned her to the ground, which is where her husband found them after hearing her screams.

"He's on top of her," said Daniel York. "She's on the ground and as I step through, he points the gun at me."

Mr. York got his kids to a safer spot, then gathered some neighbors to help and called police.

During his preliminary hearing, Brambila's defense attorney looked for evidence his client acted spontaneously without premeditation.

And he hinted at possible mental health struggles.

"Would it be fair to say you felt some empathy towards him because he came across as someone who was emotionally tormented?" defense attorney Robert Angres asked Hanna York.

"I don't know if he came across that way, sir," she said.

A judge decided there's enough evidence for Brambila to stand trial for seven felony charges, including kidnapping and assault with a firearm.

He faces more than 20 years in prison if convicted on all counts.