It's been a long and hard road for the chemical engineering student, who has been in and out of college for about 11 years.
KFSN
By Shayla Girardin 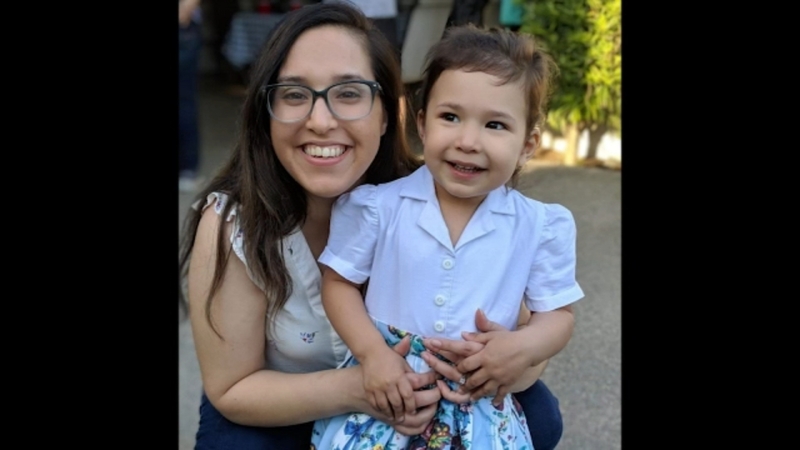 FRESNO, Calif. (KFSN) -- A Fresno City College student is reaching for the stars. The chemical engineering student is being recognized by NASA for her work.

Christi Gonzalez is one of roughly 100 students from across the country chosen for NASA's Community College Aerospace Scholars.

Out of the group, she was chosen as project manager of her team and took home the top honors, but making it this far wasn't easy.

She started her road to a college degree more than a decade ago.

"I've been in and out of college for about 11 years," said Gonzalez.

She started college on a running scholarship but after an injury transferred to FCC to study nursing. As a new mom, she couldn't keep up and was dropped from the program.

"I gave birth the Friday before finals," explained Gonzalez. "It was a hard blow and it hit, but I knew I wanted to get a degree."

Over the next decade she worked to save enough money for school, while raising her baby girl.

She set her sights on chemical engineering, even applying for NASA's Community College Aerospace Scholars Virtual Experience. She was chosen to compete in the program this March.

"It gives them the opportunity to work on a real hands-on project," explained FCC Engineering Instructor Nell Papavasiliou. "She's doing it while enrolled in school during the semester."

Her task was to design a mission to explore the moon. Not only did her team win, she was chosen as the MVP.

She will transfer schools this fall and has dreams to one day go on to earn a masters degree, but most importantly she wants to set an example for her daughter.

"Just because you're a parent and have something going on in your life doesn't mean you can't accomplish it," said Gonzalez. "It may take longer, it may be a more difficult road but if you have that goal you'll get it."