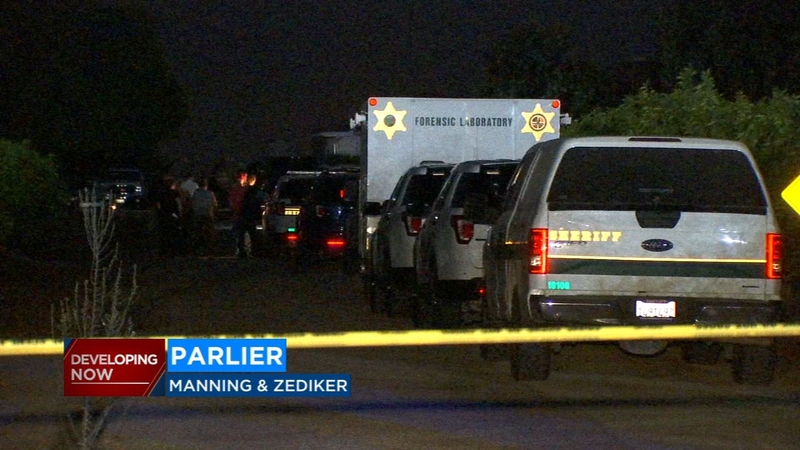 The sheriff's office has identified the woman killed at Sandra Portillo de Sanchez, 45, of Sanger.

Deputies say a disturbance occurred after family members arrived at a home in the area of Manning and Zediker Avenues. Someone pulled out a gun, officials say, and a woman was struck by gunfire.

Investigators arrived to find the woman dead, and a confusing crime scene.

"We know some of the people that we are talking to live there," said Lt. Jose Salinas. "But there are other family members who have shown up, so we don't know exactly who lives there or who has just shown up because of what occurred at the home."

Deputies are still gathering information from various interviews taken at the scene. At last report, no arrests have been made.