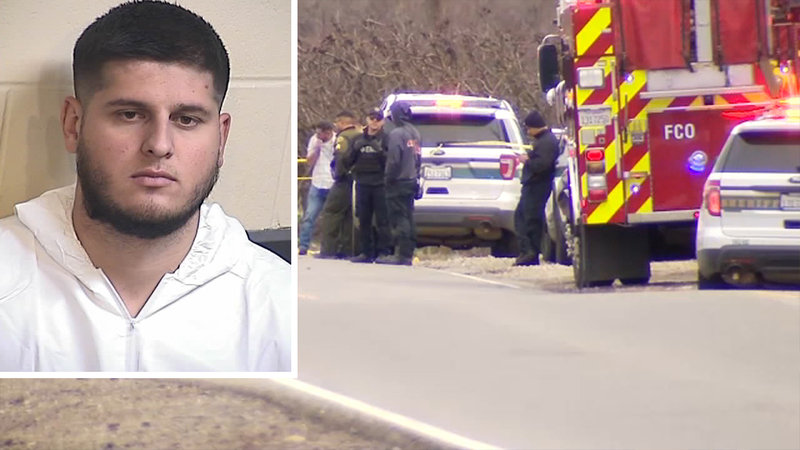 REEDLEY, Calif. (KFSN) -- Gunfire rang out at a family gathering in Reedley on Christmas afternoon, leaving two women dead and a suspect in custody.

The Fresno County Sheriff's Office says the gathering was in the area of E. Goodfellow and S. Rio Vista.

That's where, just before 2 in the afternoon, a day that started with gifts and the meeting of loved ones turned deadly.

The suspect was later identified as 23-year-old Austin Alvarez of Reedley.

Deputies say Alvarez arrived at the house where some of his family members had gathered to exchange Christmas gifts.

During the visit, he shot his grandmother, 58-year-old Magdalena Alvarez, and his father's girlfriend, 39-year-old Meisa Rashid.

Then while leaving the house, he noticed his father in a parked vehicle. Alvarez fired shots in his direction, but the father was not hit.

When deputies arrived, both women were dead and Austin Alvarez was not on scene.

After about an hour, deputies tracked him down to a location 10 miles away and arrested him.

"We have multiple scenes - both where the homicide took place and where the suspect was arrested outside Orange Cove," said Fresno County Sheriff Lt. Brandon Pursell.

Austin Alvarez has been booked into the Fresno County jail on two charges of murder and one charge of attempted murder.

The area where the homicides happened is mostly agricultural. Orchards and grapevines line the roads.

"We have evidence inside the home, outside, in fields and in roadways," said Lt. Pursell.

Deputies are still working on the reason behind this senseless crime.

"Anything that happens with a family on Christmas is extra tragic. Especially when it's multiple homicides on Christmas, it's one of the worst-case scenarios," said Lt. Pursell.