Punishment for 'mastermind' closes book on stealing from the dead scandal 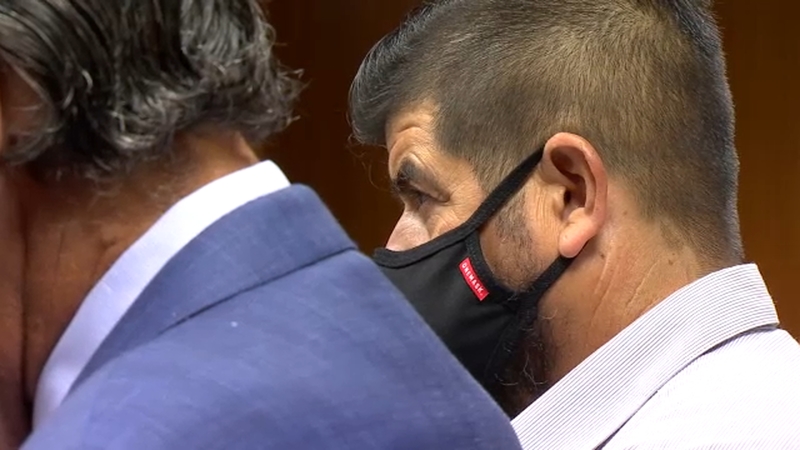 Punishment for 'mastermind' closes book on stealing from the dead scandal

FRESNO, Calif. (KFSN) -- The day of accounting arrived Wednesday for the alleged mastermind of a plot where Fresno County employees stole from the dead, closing the book on an embarrassing scandal for the county.

Prosecutors say Jimenez led a group of five county employees and five other people who stole cash and valuables from the estates of people who passed away.

"The People have calculated that restitution owed by Mr. Jimenez in this case is over $300,000," said deputy California Attorney General Tiffany Susz, who prosecuted the case.

Jimenez earned a government salary of less than $40,000, but when investigators ransacked his house, they found 30 diamonds and other jewels.

He had six cars registered in his name, and police found evidence of lavish vacations.

Jimenez also admitted to pawning stolen property and using the cash to pay for prostitutes.

"The conduct you engaged it was a substantial violation of the public trust," said Judge Jonathan Skiles.

When the time came for a judge to punish Jimenez for eight felonies, including embezzlement, his attorney said corruption had enveloped the public administrator's office before Jimenez started the job.

"My client was first employed when Ms. Nesbitt was already there," said defense attorney Dan Bacon. "This situation of taking money from deceased people was started long before he worked there."

The judge sentenced Jimenez to three years in jail a month after sending Nesbitt to prison for more than five years.

With good behavior, Jimenez could get out of jail within 18 months. He'll still have to serve a year of mandatory supervision after that.
Report a correction or typo
Related topics:
fresnotheft
Copyright © 2021 KFSN-TV. All Rights Reserved.
TOP STORIES
Pfizer submits data to FDA on its COVID vaccine for kids 5-11
Sierra Unified board votes to keep mask mandate for students and staff
A mother's memories as trial starts in Old Fig murder case
Tulare County offering shelter to animals evacuated due to fires
Memorial held for Hanford marine killed in WWII after remains found
Arsonists convicted in 2017 Pier Fire sentenced
New evacuation warnings issued as Windy Fire grows
Show More
CA to mail every voter a ballot in future elections
Flames break out at abandoned tire shop in southeast Fresno
R. Kelly found guilty on all counts in sex trafficking trial in NYC
California to replace the word 'alien' from its laws
Community Medical Centers sues Santé, surgeons for alleged 'walkout'
More TOP STORIES News