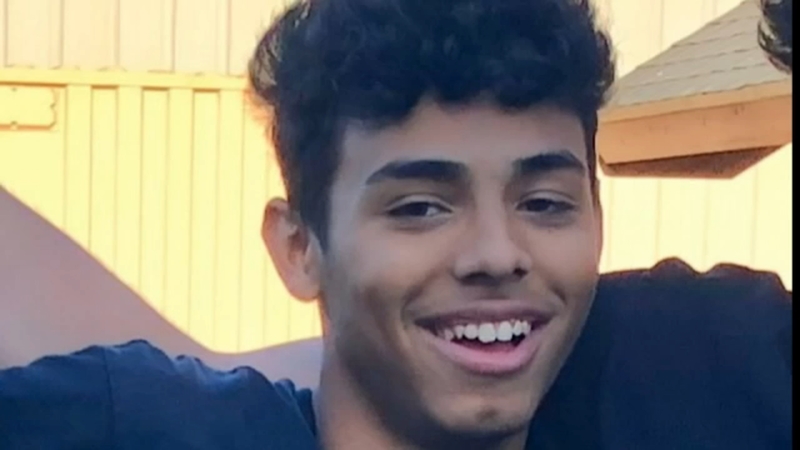 FRESNO, Calif. (KFSN) -- An emotional roller coaster is about to begin for the mother of a murder victim as a high-profile trial gets started in Fresno County.

"This person that did this had no right to take my son's life," said Lisa Kauls. "What did he get out of this?"

This memory of Nick Kauls got a mother's touch Monday, and a rare one.

"The bench," said Lisa Kauls. "I don't come out here very often. I don't want to remember him that way."

Lisa Kauls has 17 years of happy memories with her son.

She appreciates the bench built as a tribute to Nick in front of the home where he was gunned down.

But she'd never touched it before she came here to share some of her memories right before trial.

"My son was an innocent victim in this," Lisa said. "He wasn't doing anything but hanging out with his friends."

Joseph Espinoza stands accused of shooting and killing Nick Kauls in the middle of a robbery spree designed to raise bail money for Espinoza's friend.

At least one victim of the spree has identified Espinoza as the gunman, but his defense attorney has challenged any eyewitness identifications.

Legal analyst Tony Capozzi says the other teen who was outside with Kauls could be very important.

"It's going to come down to circumstantial evidence unless the person who was with the victim that night can identify Espinoza as the person who did the robbery and committed the shooting that night," Capozzi said. "That would tie everything together."

Lisa Kauls plans to be there when trial starts this week, right through the verdict.

"The person who did this to my son, I don't think he should ever be out to do this again to anyone else," she said. "So I'm just going to be hopeful that the jury sees, reviews all the evidence that they should, and get the justice my son deserves."

Life in prison without parole is the maximum punishment Espinoza could face if the jury convicts him.