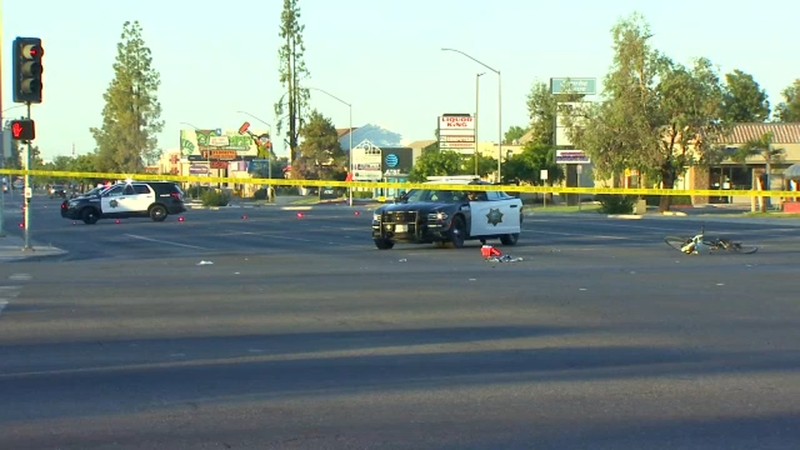 FRESNO, Calif. (KFSN) -- A bicyclist died after he was hit by a driver in north Fresno early Tuesday morning, police say.

The crash happened before 5:30 am on Herndon and Blackstone Avenues.

Investigators said Frank Romero was crossing south on Blackstone in the crosswalk when a driver in a silver SUV hit him.

Romero was found with serious injuries when officers arrived. He was taken to a hospital, where he later died.

Investigators are still working to determine what led up to the crash. Police said the driver was cooperating with the investigation.

It's unclear if drugs or alcohol were factors in the crash.