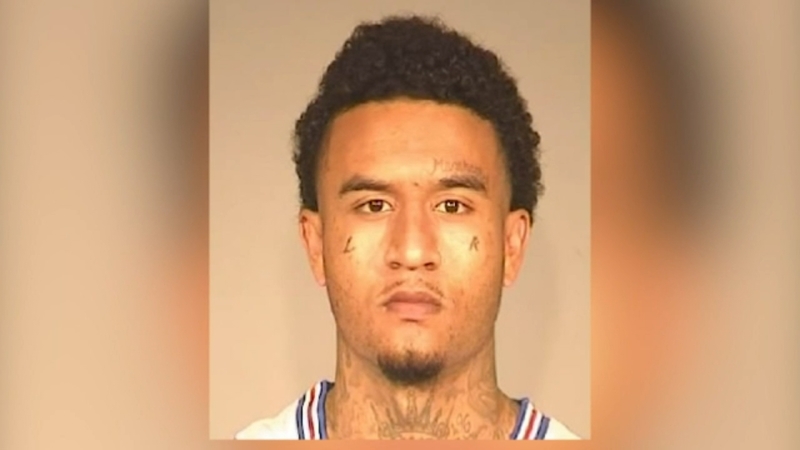 FRESNO, Calif. (KFSN) -- A murder victim's family is watching justice play out very slowly in what could be a death penalty case.

Leanna Elaine came into the world on April 16 and took a version of her grandmother's middle name.

But Michelle Johnson won't ever meet the baby girl.

The 50-year-old and her 21-year-old former foster daughter Charlotte Ethridge were gunned down a week earlier.

Michelle's giving nature inspired not just a name, but a lot of love.

Teenagers she counseled created a memorial at Johnson's apartment just after she died.

And when the alleged killer came to court, Michelle's sister let the judge know the family won't forget the damage done.

"I need you to know her life mattered, that she was loved by many people and although no one here can bring her back, it's important that we rely on you and the court system to find justice for our family," said Tracy Spraetz.

Finding an attorney for the alleged killer, DeAndre Foster, has proved difficult.

Prosecutors say he killed two people, so a conviction could lead to the death penalty.

The public defender's office was the first of four possible attorneys who would not take the case.

"And we have to be careful in these kinds of cases and the courts are very careful in who they appoint," said legal analyst Tony Capozzi.

Johnson's family has not yet expressed frustration, but Capozzi says it's natural for friends and family members of victims to get frustrated with delays in justice.

Foster has made two court appearances and still hasn't entered a plea.

The judge wouldn't allow us to record him in court at least partly because his attorney situation was unresolved.

But Capozzi says the families of victims in this case could be especially frustrated since Foster only got out of prison in July.

He had police interactions twice in the weeks leading up to the murder, including an arrest six days earlier for punching a woman and threatening a man.

He bailed out of jail the same day.

"He violated parole by being arrested," Capozzi said. "Why wasn't there a no bail hold on him then? if that happened, he would've never been out of jail and two murders would never have taken place."

Foster's due back in court in early May when he's expected to finally enter his plea.