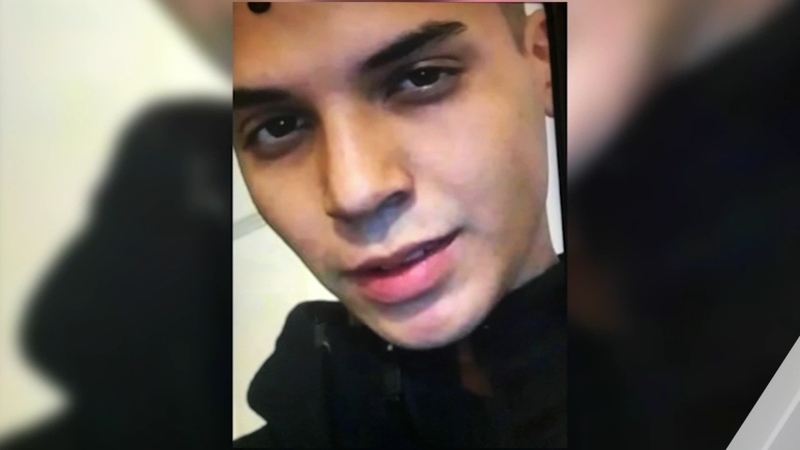 FRESNO, Calif. (KFSN) -- Desperate for answers about their 20-year-old son Luis's death, the Montana family took the search for his remains quite literally into their own hands.

His skull was found in an empty field near Hughs and Nielsen Avenues back in 2020. Over the weekend, a volunteer search group based out of San Diego heard Luis' story and traveled north to help.

About 20 people got to work digging and searching for hours and eventually found a bone. Luis' father, Antonio, describes the emotional discovery.

"Sadness and happiness too," he said. "We confirmed that something is here."

Fresno Police responded to the scene to collect the bone.

"They confirmed it to me Sunday. The detective called me on my cell phone and said it's a human bone," said Antonio.

DNA testing will now be conducted by the Coroner's office to determine whose bone it is. It's a glimmer of hope for the Montana family, who wants to know what happened after their son left their Fresno home in November of 2019 and never returned.

They say justice for his death won't bring him back, but they are determined to find the rest of Luis' remains.

"At least I can have peace," said Antonio. "My family can find my son and give him the proper burial."

Fresno Police investigators say several searches have been conducted at the field, starting in April of 2021.

"That consisted of a canvas on foot by both officers and detectives," said Lt. Paul Cervantes from the Fresno Police Department. "And also an aerial drone for that particular location considering the size. We are talking about a 20-unit parcel."

They say three additional searches have since taken place involving cadaver dogs and that there will be more searches to come.

"This time, conduct a larger grid search considering that where we initially searched, we didn't find anything," said Cervantes.

Because the manner of Luis' death has not been determined, his case is not classified as a homicide, it's a suspicious death. But Fresno Police say their investigation is still very much active.

"We have developed some leads we are currently working on," said Cervantes. "Location and identifying some suspects that were potentially last seen with Luis."

For now, Luis' family continues waiting to learn whether the bone they found belongs to their son.