Police say Jesse Gonzalez, a member of the Bulldog gang, stabbed Angel Cortez Flores to death on Dec. 18 for no apparent reason.
KFSN 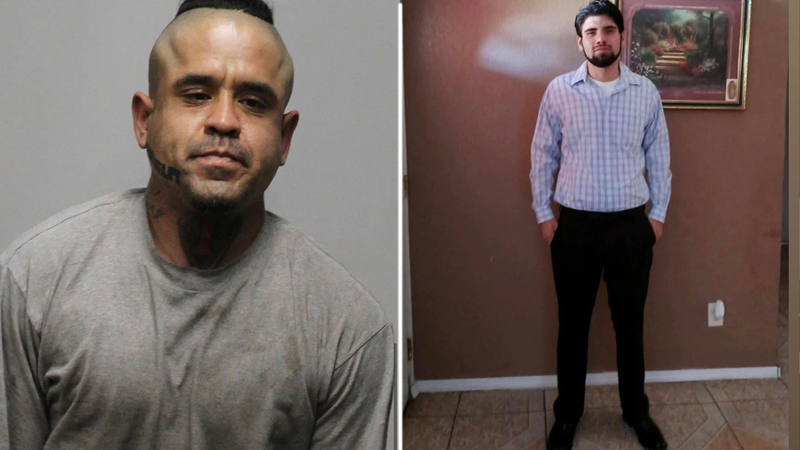 The victim, Angel Cortez Flores, was found lying in a pool of blood with multiple stab wounds at Olive and Palm on December 18.

He was rushed to the Community Regional Medical Center, where he was declared dead.

27-year-old Flores was experiencing homelessness and was living in a camp in the area where he was found.

Detectives used surveillance footage from the area to track down the suspect - 33-year-old Jesse Gonzalez.

Police say Gonzalez is a member of the Savage Assassins Motorcycle Club and a Bulldog gang member, who attacked Flores for no apparent reason.

They say Gonzalez fled to Yuba City shortly after the murder.

On Thursday, January 6, the Fresno Police Department's Street Violence Bureau Tactical Team joined hands with the Yuba City Police Department to arrest him on murder charges. He is currently in the Sutter County Jail and is awaiting extradition back to Fresno.

They are urging anyone with information about the incident to contact Fresno Police Department - Homicide Detective Justin Baroni at 559-621-2516 or Detective Josh Alexander at 559-621-2445.