KFSN
By Vanessa Vasconcelos
FRESNO, Calif. (KFSN) -- There's growing concern, in the City of Fresno, regarding pedestrian safety near railroads. Over the weekend three people were killed in separate incidents. Each person was hit by a train.

Fresno Police Department Lt. Mark Hudson says, "this is a spike we haven't seen before in this short of a period of time." He adds, "these trains cannot stop. It's unsafe to be around the tracks or even walking next to the tracks."

Police are still investigating the circumstances surrounding early Friday morning, when a man was hit near Ashlan and Fruit. Later that day, Police say a woman in her 60's was hit and killed near Shields and Van Ness while walking too close to the tracks. Sunday's incident at Blackstone and McKinley was deemed a suicide.

The City works with railroad officials, Fresno Police and Public works on safety at grade crossings.

Mark Standriff with the City of Fresno says, "we discuss what the concerns are and what specifically we can do beyond what the railroad is already doing to upgrade safety procedures there."

Anything along the train tracks is considered railroad property-- meaning any pedestrians in those areas are trespassing. Fencing is placed in problem areas.

Officials with BNSF say in addition to safety measures, they've added no trespassing and suicide prevention signs along their tracks.

Nancy Sheehan is the Executive director of California's Operation Lifesaver. The non profit is dedicated to reducing collisions, fatalities and injuries at highway-rail crossings and trespassing on or near railroad tracks. Sheehan says "by the time an engineer sees a vehicle or person on the tracks, he or she will likely not be able to stop the train on time."

She adds, "if people know and obey the laws and are alert and aware near railroad tracks these incidents wont happen."
Report a correction or typo
Related topics:
fresnotrain safetytrain accidentfatal crashfresno
Copyright © 2020 KFSN-TV. All Rights Reserved.
TRAIN ACCIDENT 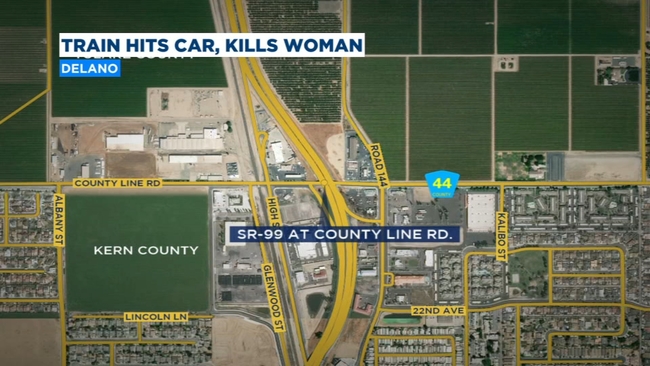 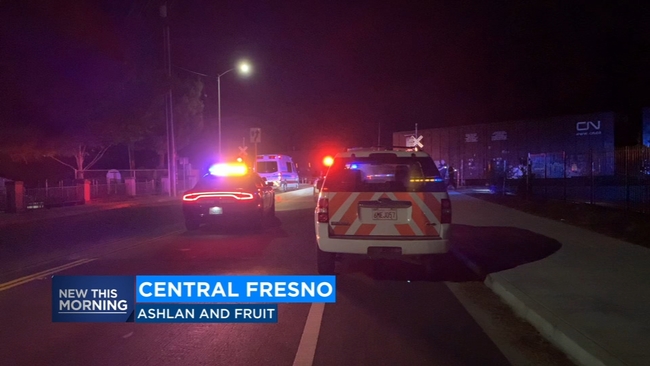 Woman hit and killed by train in central Fresno identified