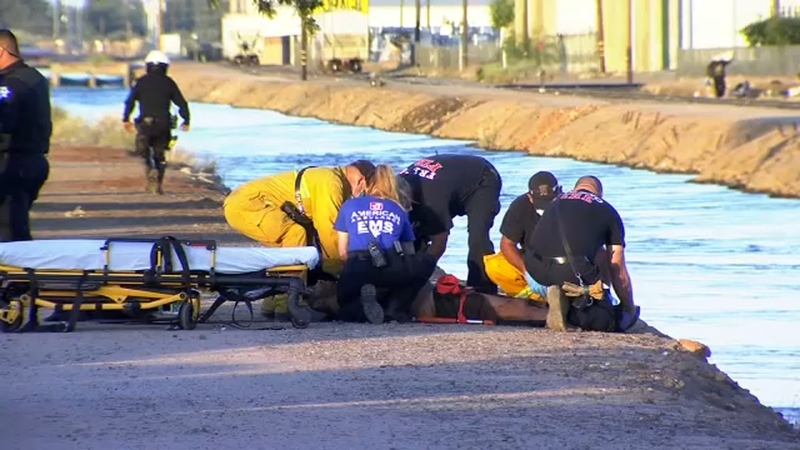 FRESNO, Calif. (KFSN) -- An off-duty Fresno police officer quickly acted in rescuing a man who crashed into a canal while on his motorcycle Thursday night.

The Fresno Police Department says it happened around 7:30 pm near E. McKinley and N. Clovis Avenues.

Thao Xiong said he was going east on McKinley when he noticed the motorcyclist go in between his truck and another car. He said he then saw a plume of smoke and went to check out what happened.

Police arrived and formed a human chain to pull him out of the canal. The man suffered injuries to his arm.

"My opinion is had this gentleman reached the bridge down there, he probably would've been sucked under and drowned, so it's no doubt in my mind that the officer saved his life," says Fresno Police Sgt. David Wilkin.

Police have not identified the motorcyclist. He was taken to the hospital for further treatment.