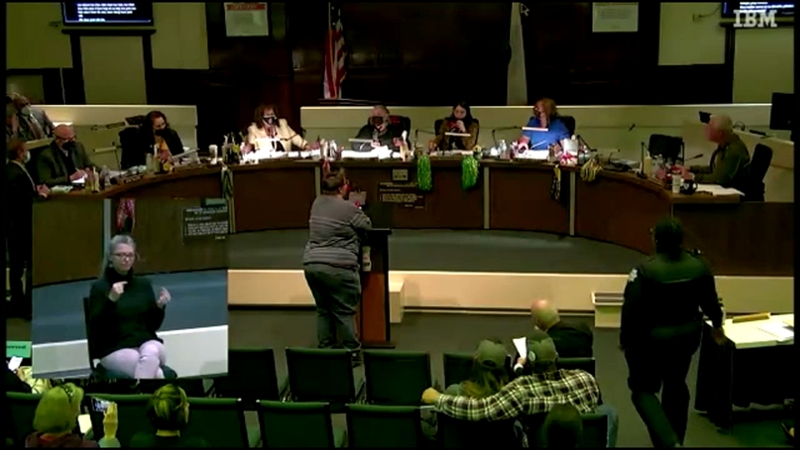 "While people want to target me as a school board member, this really doesn't have anything to do with school policy," she said.

The January 26th tweet reads: "New data confirms that getting vaccinated does not impact fertility. The study does show, however, that a recent COVID-19 infection may have short-term impacts on a man's ability to conceive. While short-term, any limitation on the anti-vaxers ability to reproduce is a win" -- followed by a series of emojies.

"I do sincerely apologize to anybody who took offense because it was their situation, but I also just want to say that what is clear is that these agitators and right-wing have taken a tweet and really try to manipulate it and misconstrue it," she said.

Dozens of community members showed up to Wednesday's board meeting ready to voice their concerns following the post by Islas.

While some speakers were in support of Islas, one resident used her time to discuss the failed attempt to recall Trustee Terry Slatic more than a year ago, and that's when the chaos began.

Slatic fired back at the speaker, as well as board president Elizabeth Jonasson Rosas, who attempted to restore order before she eventually shut down the meeting early.

Slatic believes he's not to blame for the meeting's premature ending.

"If they have lost control of this meeting, then the entire public is suffering and that needs to be addressed right now," he said. "And Trustee Board President, I am going to call her out 47 times to control your meeting. She did not want to, so she adjourned the meeting. That's on her."

Islas says she has no plans to resign or take down the post.

We also reached out to Fresno Unified, who said the following:

Our focus is on our students and their education. Our main takeaway from last night's board meeting is the direction to move forward in making groundbreaking and historical investments in direct staffing to our school sites. Last night our board provided direction for our teams to move forward on adding 300.6 full time employees to site staffing to address the areas most important to our students, parents, and staff.