The association will help vendors stay safe and navigate the complicated system to get city and county permits.
KFSN
By Corin Hoggard 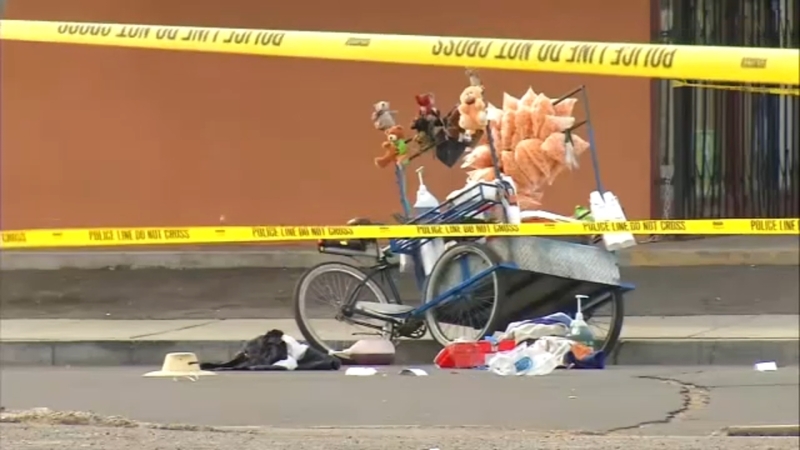 Fresno to sponsor association that will protect food vendors

FRESNO, Calif. (KFSN) -- The death of Lorenzo Perez prompted an outpouring of support from the community.

The father of four was the fourth Fresno food vendor to come under violent attack and the second one killed in a matter of months, and his fellow vendors are now joining forces with city leaders.

"They all showed up in solidarity for one another," said Fresno City Council President Luis Chavez. "But the main thing I took away from them when I talked to them last night and even this morning is just removing the fear."

Chavez announced Monday the city will sponsor the creation of a food vendor association.

They'll work together on ideas for better safety, possibly equipping vendors with sirens and cameras.

The association will coordinate with police as well.

And maybe most importantly, it'll help vendors navigate the complicated system to get city and county permits.

"If you're not legally permitted, if you're operating in the shadows, you're less likely to report when crime or violence has happened to you because you don't want to be asked for your license or your permit and not be able to furnish something," said Genoveva Islas of Cultiva La Salud.

She says legal food vendors need to use certified kitchens and refrigeration, but street vendors rarely have the money to build or access what they need.

The search for a safer space could lead to H St. The city is considering turning a block-long warehouse into an open air market with a community kitchen and a lot of space for small food businesses.

He estimates it would cost $1 million to renovate the building across from Chukchansi Park and right next to Fresno's growing brewery district.