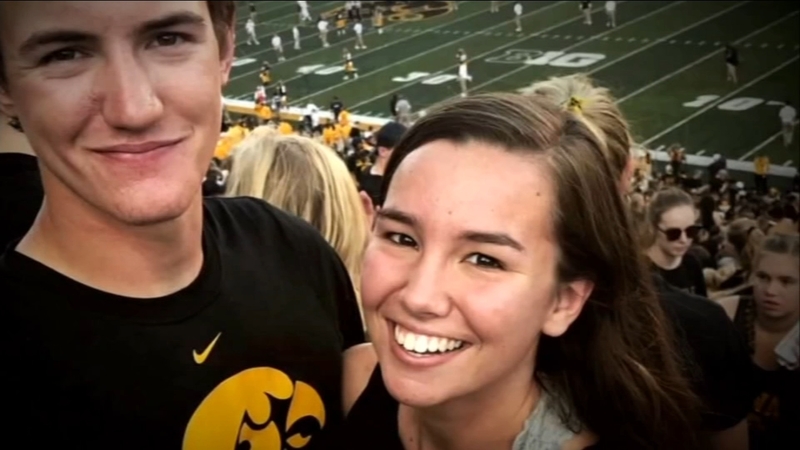 FRESNO, Calif. (KFSN) -- Mollie's father and step-mother have a home here in Fresno. They have not commented on the discovery.

Loved ones are remembering an outgoing and kindhearted Mollie Tibbetts who they say had a bright future ahead of her.

After more than a month of searching an arrest has been made in the disappearance of Iowa Jogger Mollie Tibbetts.

"He ran alongside her or behind her and then she took off running he, in turn, chased her down."

Authorities are charging, 24-year-old Cristhian Bahena Rivera, who they say had been living in the country illegally, with first-degree murder.

Mollie Tibbetts' father lives in Fresno. His daughter's remains were found today in a rural cornfield in Iowa.

According to investigators, it was surveillance video that led them to the suspect.

After questioning, they say, Rivera, led them to the site of her remains.

"It's so sad it's so wrong you know she had so much to give," said Safir.

Mollie went to Corpus Christi School in Piedmont before her family moved to Iowa while she was in the third grade.

Police say Mollie Tibbett’s was murdered by Christian Rivera. During an interview Rivera said he approached her while she was running. Officers used surveillance video to piece together clues. Police tracked down suspect yesterday.

Safir still has this picture from her daughter and little Mollie's first communion.

He has reached out to Mollie's family to let them know they are not alone in this time of tragedy.

"We know that even though she died tragically we know she'll never suffer again," said Edgerley.

"Mollie was a sweet wonderful girl we loved her here shes part of our family," said Principal Katie Murphy.

Suspect Christian Rivera is cooperating. He is an illegal immigrant. He told police that he ran alongside Molly. Then she grabbed her phone and said she was going to call the police. Then she took off running and he chased her down.

She says she told her students about today's events, hoping they would join in paying tribute.

"She was very kind to everybody so maybe the best gift we can give is to be like Mollie today," said Murphy.

So far investigators are not releasing how or why Mollie was killed.