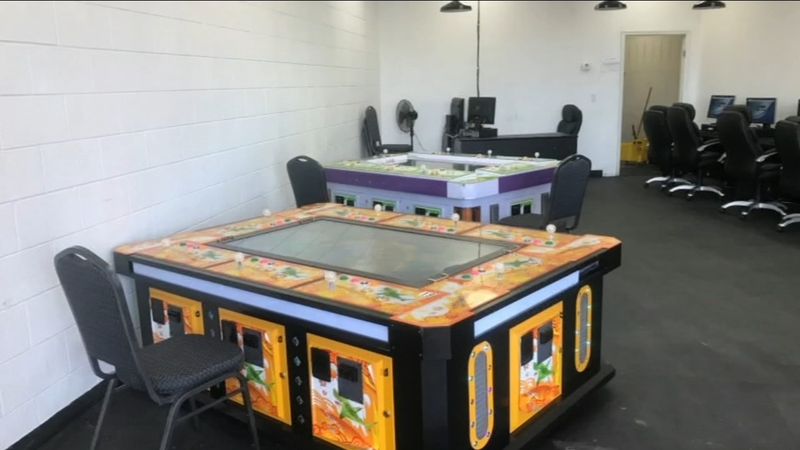 FRESNO, Calif. (KFSN) -- If you were looking for a bargain at Joe's Discount Store in Hanford, you'd be out of luck.

But if you were interested in making a bet off the books, police say, it was the place to come.

Amazingly, the gambling took place in the front of the store, in clear view of anyone walking or driving by.

"(You) see inside and see people sitting there gambling and playing, it was quite a shock," said Hanford Police Cpl. Chris Barker.

Barker says they even went undercover as part of their operation.

"We went in there and put money in the machines, won money, lost a little bit of money, just to confirm that in fact it was gambling," Barker said.

It was gambling, Barker says, because the games-both the tabletop and online games-involved chance.

He hasn't been charged with a crime yet, but police say he didn't have a business license or workers' compensation insurance.

His sole employee quit after being robbed by a man and woman a few weeks ago-a crime that went unreported.

"The employee says, 'I'm going to call the police.' The female says, 'Go ahead, I'll tell them what you guys have going on here,' and they never called the police," Barker said. "So that's part of the problem with that type of activity going on."