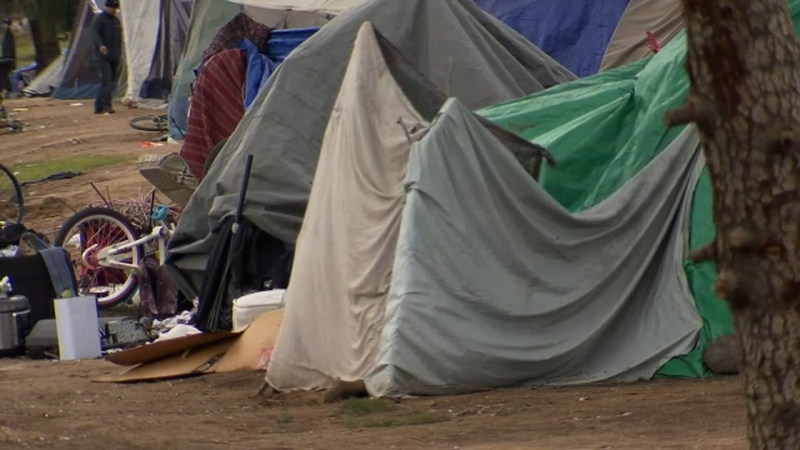 FRESNO, Calif. (KFSN) -- The city of Fresno is streamlining the way it handles calls related to homelessness.

A new team is made up of members from the Poverello House, code enforcement and the Fresno Police Department.

Mayor Jerry Dyer says they'll all work together to make sure the right resources are sent to each call related to homelessness.

"Although we've had much success in 2021, we have a lot of work ahead," said Mayor Jerry Dyer at a press conference Tuesday.

.@MayorJerryDyer announces the Homeless Assistance Response Team (HART) that will change how the city responds to homeless moving forward. They will provide opportunities for unhoused people to lead them off the streets. @ABC30 pic.twitter.com/NvCoJe9wyk

The Homeless Assistance Response Team (HART) is made up of 18 outreach workers from the Poverello House, 10 full-time code enforcement members and one sergeant and six officers from the Fresno Police Department.

"The primary goal of HART is to protect, assess and connect unhoused to families, housing and resources." Mayor Dyer said.

Moving forward, people who want to report issues related to homelessness will be asked to call 311, unless it is criminal in nature or an emergency.

The circumstances of each call, including the number of unhoused individuals and the type of property they're occupying, will determine the response from HART.

"This is an all hands on deck approach, we're all working together," said Councilmember Luis Chavez.

Last year during Project Off-Ramp, nearly 80% of people who were living along Fresno's freeways accepted temporary shelter at one of the city-owned revamped motels.

Irene Gonzales was one of them.

"I was living on the freeway for about a year and it was awful," said Gonzales.

She says living in the temporary shelter has given her a safe place to sleep, three meals a day, and she was allowed to keep her dog, Mamacita.

She says despite the rules she has to follow there, it has relieved her of a lot of stress.

The city hopes to house more people just like Irene this year.