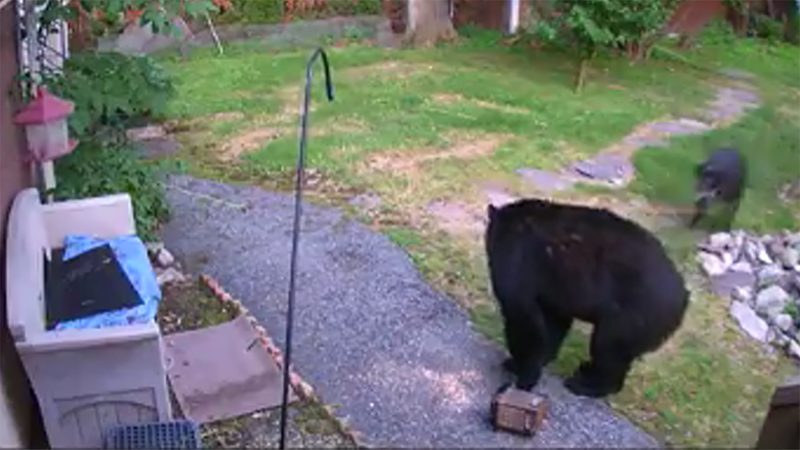 HEWITT, New Jersey -- A New Jersey man is promising his neighbor's dog a steak dinner after the pooch scared off a bear in his backyard.

Stinziano posted video on Facebook from his home security camera that captured the interaction between the black bear and Riley the dog. He said he had no idea what was going on.

"I was working in the garage. My wife was inside just watching TV, and the bear was back here having a snack," he said.

The video shows the bear pulling down Stinziano's bird feeder before Riley races in from the neighbor's yard.
EMBED More News Videos

A bear paid a visit to a Hewitt, NJ home, only to get chased away by a neighbor's dog

The pup doesn't hesitate or show any fear, barreling into the bear at full speed and chasing after it until the bear was gone.

Riley's owner Alan Tlusty said this is business as usual for his courageous canine.

"It's incredible," he said. "He does chase after the bear whenever he sees him in the yard ... but not like this."

Stinziano said Riley always checks in on his kids when they're playing in the pool.

"Now he is keeping them safe!" he wrote.