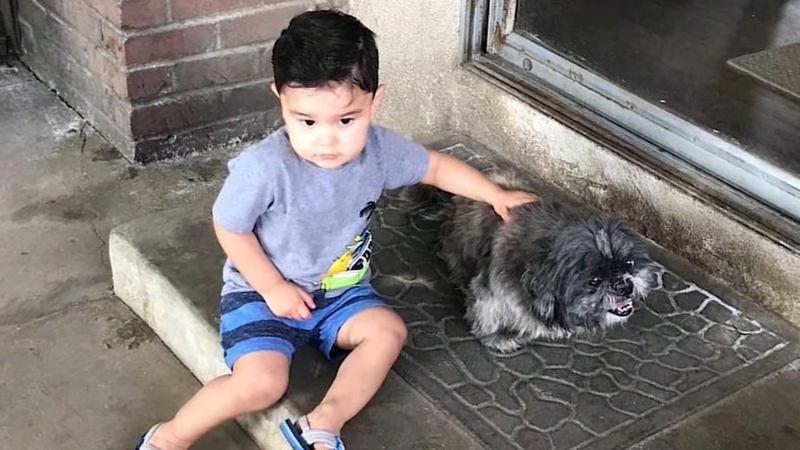 FRESNO COUNTY, Calif. (KFSN) -- "I saw him get swooped by the car," says the mother of two-year-old Aidan Gonzalvez.

It's Gonzalvez's smile and joyful spirit his mother says she'll miss most about her son.


She's now living with the pain of him gone after Gonzalvez was struck by a car and killed on Tuesday night.

She asked for her face not to be shown while she grieves.

The crash happened near Chestnut and American Avenues around 8:30 Tuesday night.

California Highway Patrol officers say the front door was left unlocked, and the young boy ran outside the home.

Gonzalvez's mother quickly realized he was missing, and ran out to grab him.

"He barely stepped on the pavement and I reached out for him, and the car just snatched him," she said.


CHP officer Mike Salas says a passenger van in connection with the incident was located Wednesday not far from the crash site.

"The driver we believe is responsible is cooperating," he said. "We do have the vehicle and are processing that vehicle for DNA."

Gonzalvez says cars are constantly speeding near her home and wants something done to prevent this from happening to someone else.

"If we could get some speed bumps or something," she said. "There's a lot of kids in these houses."

It's these memories Gonzalvez will miss, but she's trying to stay strong amid the heartbreak.