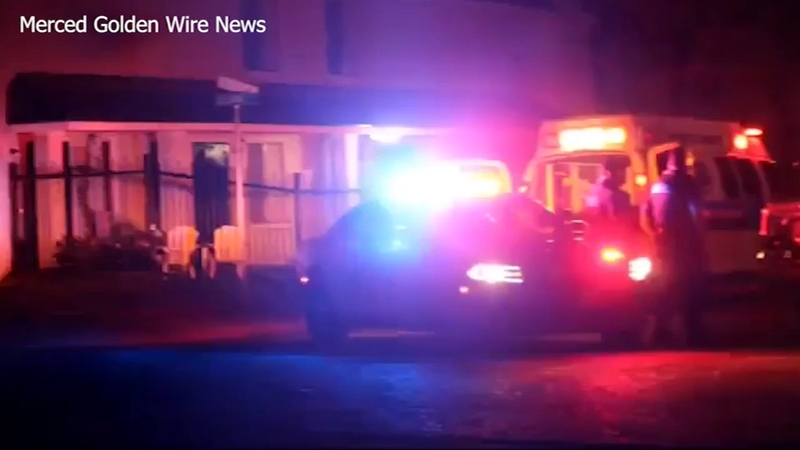 ATWATER, Calif. (KFSN) -- UPDATE: The victim has been identified as 38-year-old Cynthia Claros.

A woman was shot and killed in the north valley Tuesday night, marking the first homicide of the year for the city of Atwater.

Now, investigators have named a person and vehicle of interest.

They're asking for the community's help to track it down.

Officers responded to Secretariat Way near Belmont Avenue Tuesday night around 10:15 for reports of a shooting.

When officers arrived, they found a man and woman inside a silver sedan.

The woman was shot and did not survive. The man was uninjured and is cooperating with police.

During their investigation, detectives discovered the shooting happened about a half block north of where they were found.

"Our victim and our witness that was in the car, they are not from the area," said Atwater Police Chief Michael Salvador.

Officials said they're still trying to determine why the victim was in Atwater, but have identified a person and vehicle of interest.

APD is looking for Fernando Perez possibly driving a light-colored or white BMV or Mercedes sedan with front end damage.

Officers were searching all areas of the city Wednesday looking for the suspect's vehicle.

Chief Salvador said, on average, Atwater has two to four homicides every year.

Officials are now trying to track down surveillance video in the neighborhood where it happened as they try to learn more about the person of interest.

"We want this guy in custody as quickly as possible," said Chief Salvador.

Atwater police is asking anyone with information or video related to the incident to call 209-357-6384 and ask for Det. Sgt. Brum or Detective Vargas. You can remain anonymous.