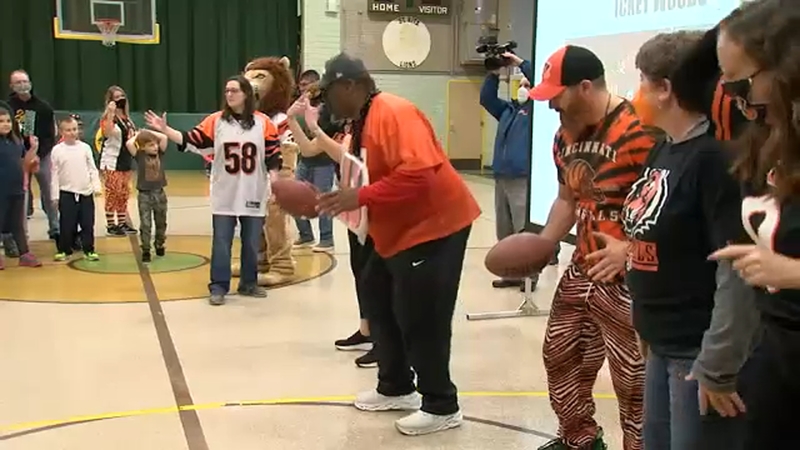 Ickey has been wearing that big B while teaching Bengal fans how to do his famous touchdown dance.

He first wore it at a game the Bengals won.

"I didn't wear it the next two games and they lost, so I put it back on but that next game, they won," he said. "I've been wearing it ever since. Boy, that's the lucky charm. We got to wear that."

Back in 1989, Ickey's rookie year, he sported a safari hat when he came home to Fresno just before taking on the 49ers in the Super Bowl.

Fittingly, the Bengals named Ickey "Ruler of the Jungle" when they brought him back for this year's playoffs.

"Yeah, I remember my safari hat back in the day," he said. "It was the jungle, so I bought me a safari hat, you know."

This year, Cincinnati knocked off Kansas City to earn a berth in the Super Bowl.

To win it all, the Bengals must do it on the LA Rams home turf.

"We don't mind going into nobody's home and knocking off their butts," Woods said. "We did it the whole playoffs."