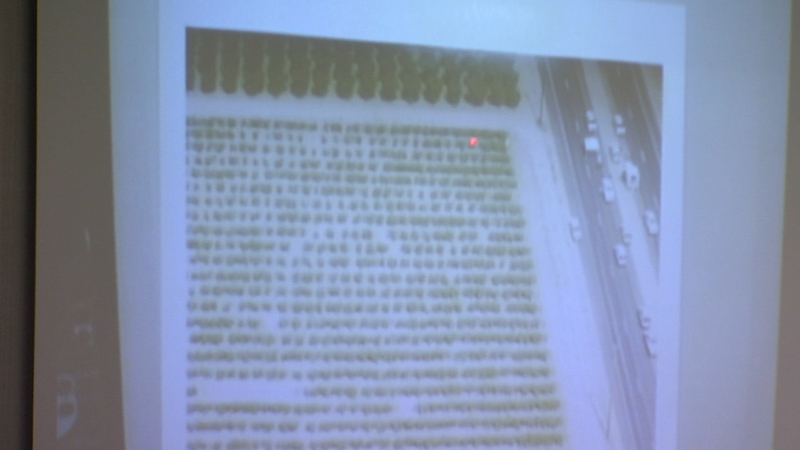 FRESNO, Calif. (KFSN) -- The man accused of shooting his own friend to death listened in court as detectives told jurors about the area where the body of 21-year-old Steven Robinson was dumped two years ago.

Brian Smith hung his head low Monday during much of the testimony from Fresno County sheriff's investigators.

This case was unusual from the start, the victim's clothes were still on, but in a position that led deputies to believe he was pulled to the vineyard that was just plowed a day earlier.

"He was wearing a brown polo shirt, and the polo shirt was rolled up, exposing his chest, upper chest area," Fresno County sheriff's deputy Mark Chapman said to the courtroom.

Chapman was a homicide detective at the time. He said the victim's pants were also down and his arms were straight out. The detective also noted his shoes were clean considering the environment where he was found. A closer look gave him more clues.

"It appeared to me he was drug to this location. The injuries on his back, the way his arms were out to his side, and his clothing," he said.

They described Robinson as a young man with a wide, contagious smile. He also loved eating french toast and playing with dogs.

After investigators told Smith they had his car on surveillance, he admitted to getting in a fistfight with the victim. Then he said the gun that he placed on top of his trunk went off. Once he realized Robinson was dead, he drove him to Mountain View and Bethel.

Crime scene specialist Adam Ramirez collected some of the evidence, including tire tracks and shoe prints.

"On this second photo here, the scene card indicates that its tire track B and it is peoples exhibit number 95," Ramirez said in court.

Ramirez also documented the location of the body, visible from the road.

Ag workers discovered the body and called for help.