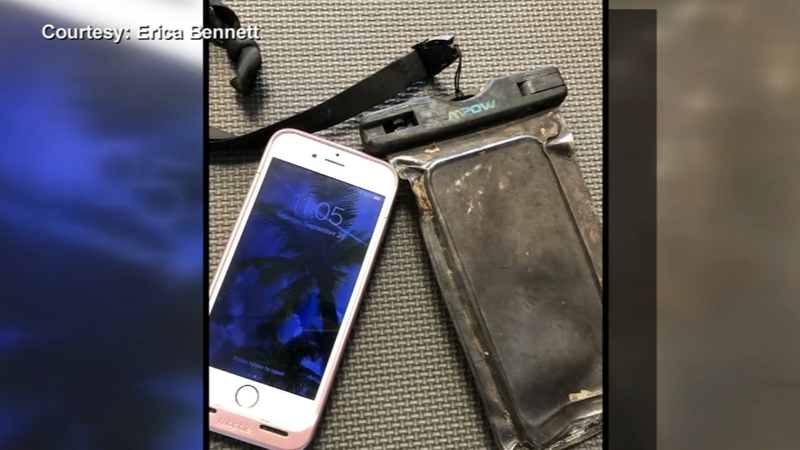 CHARLESTON, S.C. (KFSN) -- Youtube diver Michael Bennett made a surprising discovery at the bottom of the Edisto River.

In his most recent dive in a South Carolina river, he found something that looked like a rope attached to car keys, but when he pulled it off the river bed floor he realized it was an iPhone in a waterproof bag.

That iPhone belonged to Erica Bennett who says she dropped it in the river on June 19th, 2018, when her family spent the day floating down the river.

Michael took the phone home and was shocked when it turned on right away.

He was able to get a hold of the phone's long lost owner by taking out the SIM card and putting it into a different phone.

The phone had text messages from Erica's late father which she assumed she would never be able to read again.

She talked about how much the finding meant to her, "It was kind of emotional because the last thing I have from him is saying 'hey I'm playing phone tag with you, so I just figured I just text you, how are you feeling?' And I think he had called me after that. I'm pretty sure it was Father's Day."

Michael Bennett goes by "Nugget Noggin" on YouTube and has over 725,000 followers. He video documents all of his findings which usually consist of golf balls and shark teeth.