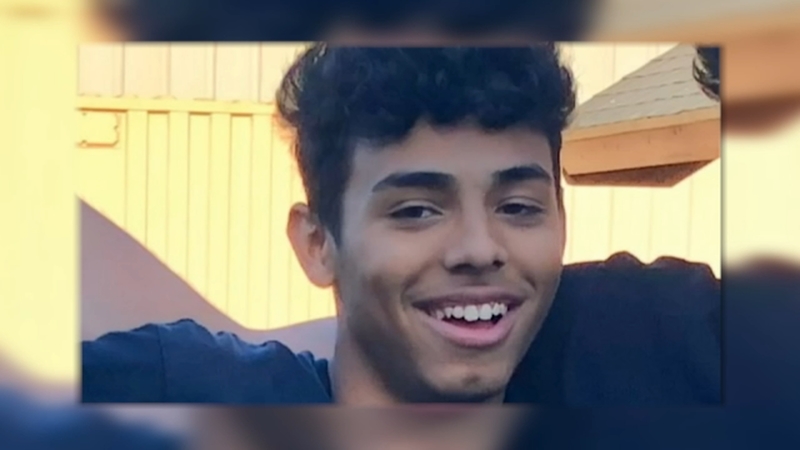 FRESNO, Calif. (KFSN) -- The man who murdered a 17-year-old boy during a robbery spree designed to raise bail money for a friend learned his punishment Thursday and in the process, he had to hear emotional statements about the damage he's caused.

The murder of Nick Kauls was the first in more than 80 years in Old Fig Garden.


June 24, 2018, left neighbors feeling unsafe and took nearly everything from a mother.

"It was on that day I heard my son's voice for the last time," said Lisa Kauls. "He was leaving to go to his friend's house and celebrate becoming a senior when school started. And as he was leaving out the door, he said 'Bye Mom. See you when I get home.'"

But she was far from alone in shedding tears.

She lost her only child, but Lisa Kauls will never forget the boy she raised.

"Nick had a smile that would light up a room, an infectious laugh that would instantly make others smile," she said.


Evidence showed greed drove the murderer to kill in a quest for money.

He shot the San Joaquin Memorial High School senior in the back of the head as the teenager ran away from a robbery, and in the process tore apart Nick's little family.

"To me, this is the action of a coward to shoot an unarmed kid, innocent," said Nick's grandmother, Mary Anderson. "They were complete strangers. Also, it's something only a sociopath would do."

"Callous" is how Judge Jonathan Conklin described the crime as he got emotional before handing out the punishment.


"There were certain comments made during portions of the evidence where Nick Kauls was analogized to a video game," he said before pausing for several seconds to compose himself. "Nicholas Kauls was not a video game."

And since the murder, she's having a hard time moving on with her own.

"I will never feel happiness as I did before that horrific day," she said. "The gaping hole in my heart and in my life will never be healed. I will never get a second chance to be with my son, Nick."

The murderer will serve life in prison with no chance at parole.