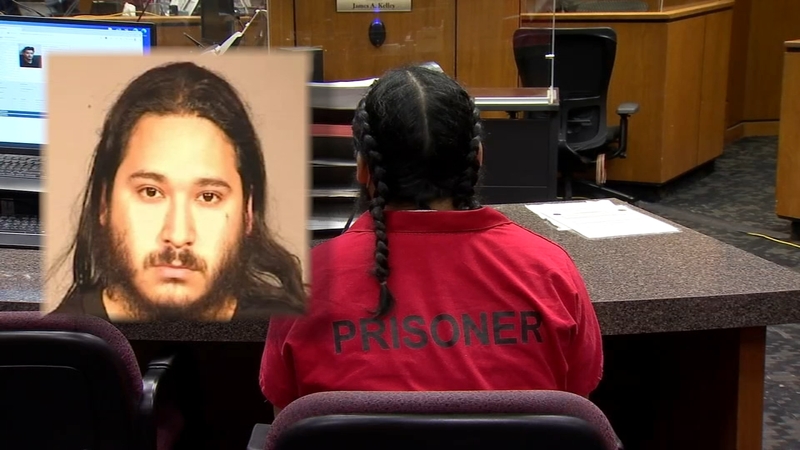 FRESNO, Calif. (KFSN) -- An accused gang member charged with two murders is staring at a potential death penalty as he pleads his case in court.

Juan Carlos Cañada sat alone in court Wednesday as attorneys postponed his arraignment on a case where he's accused of two murders and two attempted murders.

Police arrested the 22-year-old a week after someone gunned down 43-year-old Roman Cervantes and 27-year-old Jose Mojica.

The February 6 shooting left a lot of evidence for police to collect at a southwest Fresno apartment complex, and some of what investigators found might complicate the Cañada case.

"Detectives have located in excess of 30 shell casings on the scene that came from several different types of firearms," said Fresno Police Lt. Paul Cervantes as police worked the scene.

"I think it's going to very difficult to pin it on one person if there are over 30 shots fired and there are casings found from different firearms," said legal analyst Tony Capozzi.

Capozzi says a self-defense claim could look reasonable on the surface.

To get a murder conviction, he says prosecutors will have to prove Cañada was a shooter and the victims were not a threat to him.

"Two people have survived," he said. "Are they cooperating and identifying this defendant as being the shooter?"

Detectives haven't revealed yet how they identified Cañada or if they found a weapon used in the killings.

Prosecutors filed special circumstances in the case since it's a double murder, so it could be a death penalty case.

Capozzi says Cañada's prior violent criminal history works against him on that decision.

He has two violent felony convictions as an adult and court orders didn't allow him to own a firearm since before he turned 18.

The attorney appointed Wednesday to defend him says the stakes are high.

"We need to start looking at social issues and preparing, potentially, for the penalty phase of a case like this," said Richard Beshwate. "But most importantly, with the limited information I've seen, there may be a defense here, at least a partial defense."