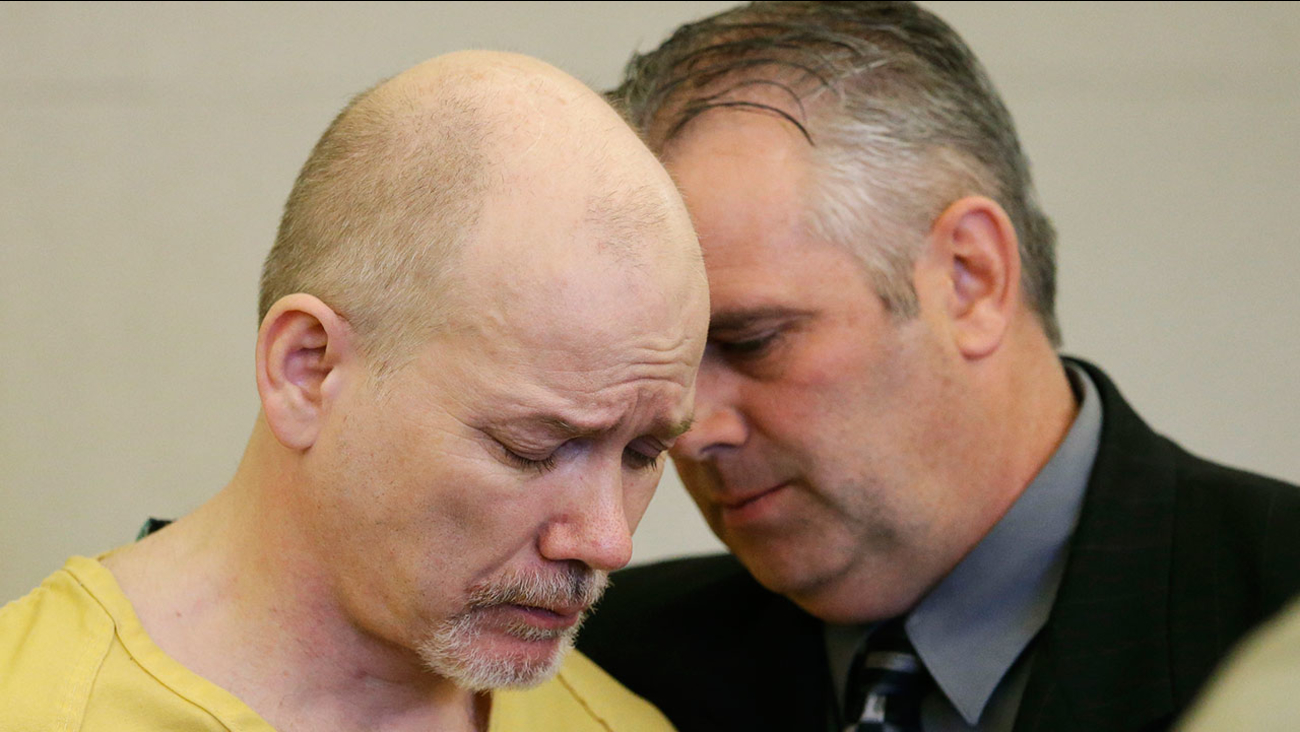 Troy Morley, who pleaded guilty to trying to kidnap a young girl from her bedroom in an attempt thwarted by the child's father, speaks with his defense attorney Roger Kraft during

SALT LAKE CITY -- A Utah man who said he was high on meth when he tried to snatch a 5-year-old girl from her bed was sentenced Monday to at least six years and up to life in prison in the kidnapping attempt thwarted by the girl's father.

Troy Morley, 49, was in a drug-induced paranoia when he crept into the girl's suburban Salt Lake City home last fall, his lawyer said. He thought taking the child would somehow protect him.

"I had a good job, I had a good life, and I gave it up," said a tearful Morley, a former computer engineer with a daughter of his own.

But the girl's parents said the drug alone wasn't at fault, noting many people use drugs and don't try to take children from their beds.

Mother Stephanie Edson asked for a long sentence. She said her daughter was so traumatized by what she calls simply the "scary thing" that the family eventually left their home in search of a new start.

The girl loves their new house because it has no screen door, which means she doesn't have to hear the sound it made when Morley carried her out that night, her mother said.

In the months after the kidnapping attempt, the Edsons first replaced the clothes that Morley touched when he entered the girl's room, and moved furniture that brought back bad memories. Then they moved.

Aaron Edson says he still has to be careful not to scare his stepdaughter when he goes into her new bedroom to wake her up.

"There is virtually no chance we would have seen our daughter again had I not been in the right place at the right time," he said.

Police say the couple woke up when Morley tried to walk out the front door with the child in his arms on Nov. 7, 2014. They were especially concerned when they heard her voice because their daughter has cerebral palsy and physical limitations that make it difficult for her to leave her room alone.

Aaron Edson followed Morley outside and calmly asked him to give the girl back, police said.

Morley handed her over and left, saying he needed to go to a church and rambling about the FBI, according to testimony from Detective Robert Webb early this year. Morley was arrested a few blocks away.

He lives in the northern Utah town of Roy but was in the city of Sandy, a suburb just south of Salt Lake City, because he got tired on the way back from Nevada and stopped at a hotel. But after telling a desk clerk to call 911, he started walking around the neighborhood where the girl lives with her parents.

Morley pleaded guilty to one count of child kidnapping, and prosecutors dismissed three other charges - burglary, criminal trespassing and interference with an arresting officer.

As she handed down the sentence, Judge Charlene Barlow noted Morley agreed to the plea deal that reduced the minimum possible sentence in the case partly because he didn't want the girl to have to testify.