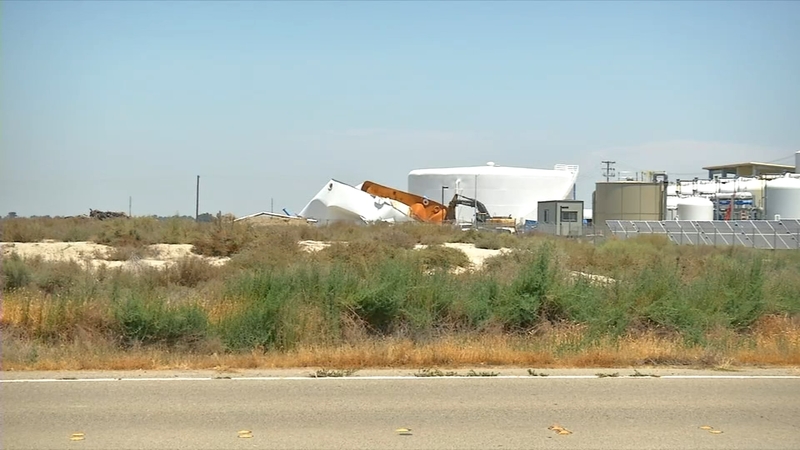 LEMOORE, Calif. (KFSN) -- Nine days after one of their massive water tanks exploded, Lemoore city officials say they are almost ready to turn on some of the equipment at the affected site.

The 1.5 million gallon water tank can still be seen clearly from Bush Street.

Soon, its pieces will be trucked away from Lemoore's Station 7 Water Facility, where crews have worked quickly to make repairs and restore power.

Olson says Station 7 could be back in operation by this weekend, minus the destroyed tank.

First, the state has to sign off on water samples taken from the existing tank.

"But as far as functionality, we should be getting our three wells back," Olson said. "We'll still be down 1.5 million gallons of water capacity, so conservation is still key for us. But we should get back to some normalcy."

Olson issued an emergency proclamation one day after the deadly explosion, including an order to stop all outdoor watering within the city.

But Olson plans to lift that restriction once the site starts sending water out to residents again.

"We've had a lot of voluntary compliance," Olson said. "We still have some water here and there. People are calling in though and reporting those. We haven't been out fining people and writing citations. We're really looking for voluntary compliance in a time like this."

The cause of the explosion is still under investigation.